Trump continues to foster chaos in his final days in office, releasing an odd video where he falsely suggests he won the Nobel Prize. Reverend Al Sharpton reacts to the video and slams Trump for suggesting he saved many lives during the pandemic. (This interview is from MSNBC’s “The Beat with Ari Melber, a news show covering politics, law and culture airing nightly at 6pm ET on MSNBC. ). Aired on 12/29/2020.
» Subscribe to MSNBC:

Pete Buttigieg: We Need Someone From ‘Kinds Of Communities’ That Support Trump | MSNBC

Movie reviews: ‘From The Vine’ formulaic, but a fun ride 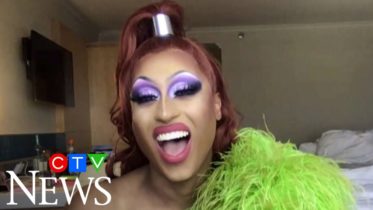 ‘It was life-changing’: Priyanka on winning Canada’s Drag Race

Toronto's Priyanka shares how her life has changed since being crowned the winner of Canada's Drag Race. #CanadasDragRace Subscribe to CTV News to watch…

Gov. Ron Blagojevich: How do you thank someone for your freedom