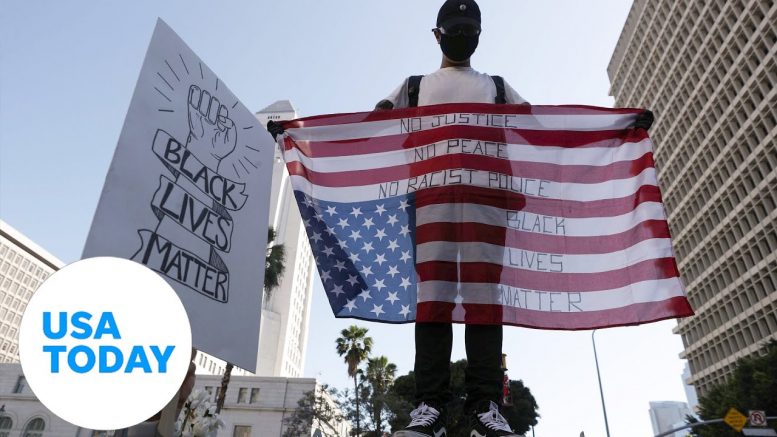 This afternoon, a memorial service for George Floyd at North Central University took place with attendees and speakers including Rev. Al Sharpton, Tiffany Haddish, Kevin Hart, T.I., Ludacris, and others. Members of George Floyd's family thanked those in attendance and those speaking up for their support.

Minneapolis and other U.S. cities brace for more heated demonstrations after protesters and police across the nation continue to clash in the wake of George Floyd's death.
RELATED: Peaceful George Floyd protests marred by bursts of violence

On Monday, President Donald Trump chastised governors for failing to halt the looting, vandalism and violence, before ordering peaceful protesters to be pushed out of Lafayette Square near the White House so that he could take a photo opportunity at a church on the park.

Governor Kate Brown of Oregon discusses how Donald Trump's imposition of federal forces in Portland, Oregon not only didn't ease protests in the city…