Trump supporters surrounded a Biden bus in Texas and blocked busy spots in New York and New Jersey over the last few days. Former DHS Secretary and governor of Pennsylvania, Tom Ridge, joins Stephanie Ruhle to discuss whether this could be a preview of the chaos we’re going to see on Election Day. Aired on 11/2/2020.
» Subscribe to MSNBC: 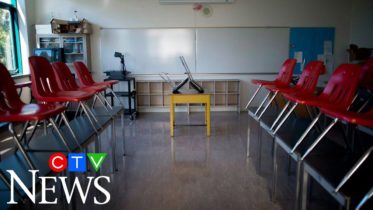 Parents are anxious about returning their kids to school, but partygoers still aren't getting the message. CTV's Melanie Nagy explains. Subscribe to CTV News…