ROSEAU, Dominica (CMC) – Retired ICC Elite Panel umpire, Billy Doctrove, believes that the time is ideal for an increase in the number of umpires serving on the Elite panel.

Doctrove, a 57-year-old Dominican, who retired in June after serving as an international umpire for 14 years, made the comment in light of the resignation of Australian Simon Taufel after the Final of the ICC World Twenty20 Championship in Sri Lanka on October 7.

He said he was not surprised by Taufel’s resignation.

“Really, I was not surprised at Simon’s decision because he had indicated to us that it was beginning to get to him and that he wanted to spend more time with his family,” Doctrove remarked.

“This occupation, while it can be a very lucrative and enjoyable one, it is also a very lonely one. Sometimes it can get to you since it can be very difficult. So I think that more and more guys would want to step out earlier. Before you would find that some umpires stayed on for as many as 14 years.

“Out of the 12 of us, four guys have been divorced so it is not family oriented. We have always recommended to the ICC that they need to increase the number of umpires on the Elite panel so that the workload would be less and that umpires would spend more time with their families. So far, the panel has been increased from eight to 12 umpires, but we have always asked that it be increased to more.”

Doctrove, who stood in 38 Tests, 112 ODIs and 17 T20 Internationals, blamed extensive travelling and little time with his family for his resignation.

“It is a very lonely and stressful job and you do it on your own. Players have support staff in order to help them recover after a hard day. But, you as an umpire, are on your own. So I want to wish him (Taufel) well as he is going into training. He is an exceptional trainer and he is very good at it. I want to wish him all the best and to wish the others on the panel a successful tenure,” Doctrove said.

Roosevelt Skerrit From Rags to Riches! In search of the millions

EC$3.05 MILLION SIGNED FOR REHABILITATION OF CHARLES AVENUE IN GOODWILL 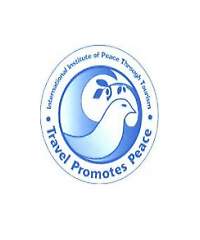 Mandeville, Manchester  (September 13, 2014).  International Institute for Peace through Tourism (IIPT) is a not for profit organization founded by Louis D’Amore, President, it fosters…

Why unapproved drugs like remdesivir are being used to treat coronavirus | Just The FAQs: Deep Dive

Panic Over Sanders Unsupported By Data | All In | MSNBC