“ It will be a big disappointment if we don’t get a legally binding agreement at Copenhagen,” says Lloyd Pascal

Roseau, Dominica – December 6, 2009 …….. The Commonwealth of Dominica will be ably represented at the all important December 7-18th climate summit which gets underway in Copenhagen, Denmark tomorrow.

The Dominica delegation includes: Ambassador and Permanent Representative of the Commonwealth of Dominica to the United Nations, His Excellency, Crispin Gregoire; Director of the Environmental Coordinating Unit(ECU) Mr. Lloyd Pascal; Mr Colin Guiste, ECU; and Miss Sherianne Gregoire representing the Non-Governmental community. The talks are technically known as the 15th Conference of the Parties to the United Nations Framework Convention on Climate Change (UNFCCC) and the Fifth Meeting of the Parties who are signatories to the Kyoto Protocol.

The two weeks of talks are aimed at paving the way for a new global treaty on climate change. Any agreement is intended to supplant the 1997 Kyoto Protocol aimed at curbing greenhouse gas emissions.

On the eve of his departure to Copenhagen, Director of the Environmental Coordinating Unit, Mr. Lloyd Pascal explained that because Dominica is a contracting party to both the United Nations Framework Convention on Climate Change and the Kyoto Protocol, it is important for Dominica to be present when discussions are taking place and decisions are being taken.

The majority of the world’s governments and successive scientific reports, most notably those from the Intergovernmental Panel on Climate Change (IPCC) and British Scientist, Sir Nicholas Stern state that planet earth faces catastrophic climate change unless action is taken now to reduce significantly greenhouse gas emissions.

Quoting from reports from scientists, Mr. Pascal warned that a commitment of greater reductions in greenhouse gas emissions by developed countries is needed to avert even more destruction to the planet.

“ Reports from the Intergovernmental Panel on Climate Change have said that  the present state of affairs as it is going on will bring untold destruction to  people, particularly the poorer people of this world and that developed countries must reduce emissions not by the little figures we’ve been hearing about but by up to 45 percent of the 1990 levels. What they are proposing is is grossly inadequate.”

Dominica is part of AOSIS, Alliance of Small Island States and the Group of G77 Developing countries and China. AOSIS is calling for deeper emission reduction commitments by industrialised countries under the Kyoto Protocol for the period after 2012.

AOSIS is also calling for a multilateral and legally binding agreement to define actions for all countries, sufficient to limit global warming to less than 1.5 degrees Celsius above pre-industrial levels.

Commenting on the possibility that a full legally-binding treaty at Copenhagen is not possible, Mr. Pascal said: “It will be a very big disappointment if we do not have a legally binding agreement coming out of Copenhagen. But that does not mean we won’t continue to fight for it. Life does not end in December in Copenhagen. If we don’t get it in December then we will continue in January to fight for it. We will continue until such time that we get it. And that is the spirit in which we are approaching it.”

Be the first to comment on "DOMINICA ABLY REPRESENTED AT CLIMATE CHANGE SUMMIT IN COPENHAGEN,DENMARK" 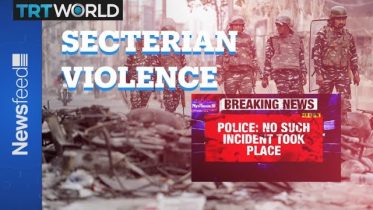 – Indian satellite TV is part of the problem through its reporting of the sectarian violence in Delhi – Drive a fancy car? Science…