Roseau, Dominica – October 17, 2008…… The Government of Dominica has moved swiftly to deal with the effects of Hurricane Omar which triggered huge waves and sea swells yesterday, effecting widespread damage to roads and other  infrastructure along the west coast of the island, inter island vessels and the boats and other equipment of local  fisherfolk.

Based on information provided by the Minister with responsibility for Fisheries, Hon. Matthew Walter, one hundred and fifty-three (153) boats have been severely damaged or lost and fisherfolk suffered damage to their engines, outboard motors, boat houses, fish aggregating devices(FADS) and other equipment. Five hundred (500) fisherfolk were affected.

In light of the losses suffered, Prime Minister, Hon. Roosevelt Skerrit has stated that Government has approved an initial sum of $3 million for the fisheries sector. Government has also decided to provide support to the affected fishers in the amount of $250 per week for a period of one month in the first instance.

At the same time, mechanisms are being put in place by the Ministry of Agriculture, Fisheries and Forestry to assist fisherfolk in replacing their boats and other equipment in the shortest possible time  to ensure that they can return to normal fishing activities.

Speaking at the press conference, Minister for Public Works and Infrastructural Development,           Hon. Ambrose George said there was significant damage along the west coast, from Scotts Head in the south to Capuchin in the north.

The Government has announced that based on preliminary estimates, it would cost $900,000 ECD to clear all the debris and other materials washed up by the high seas. The estimated cost of  repairing the damage to road and other infrastructure has been put at $35 million ECD(preliminary).

The Prime Minister also announced that Government would move soon to start work on the construction of the second phase of the Soufriere-Scotts Head sea defence wall. The sum of             US$4.5 million had already been secured from the Government of Venezuela before the passage of Hurricane Omar.

The Dominican leader also announced contact has been made with the Caribbean Development Bank (CDB) for financial resources to build a sea defence  wall at Point Michel.

The Government of Dominica has also received monies from the Venezuelan Government for the second phase of the Tan Tan sea defence wall . Work is expected to start almost immediately.

With respect to the damage suffered mainly by hotel owners in the south of the island, Government has announced its intention to provide zero interest loans to those hotel operators to assist them in returning to normal as quickly as possible. 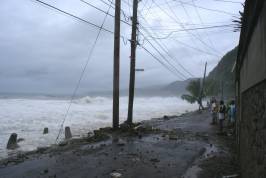 The newly refurbished Roseau Ferry Terminal suffered extensive damage.  The Dominica Air and Sea Port Authority(DASPA) has indicated that it will undertake repairs to the damage caused to the building as a matter of urgency with a view to bringing it back into use as quickly as possible, in anticipation of the thousands of persons expected to arrive in Dominica for the independence celebrations from the neighbouring islands.

DASPA is also moving quickly to repair damage caused to the Cruise Ship Berth in Roseau, especially in light of the fact that the new cruise ship season opens next week.

For many more images of the effects of Omar visit  Unlimited Posting System at MWADOMINICA.COM 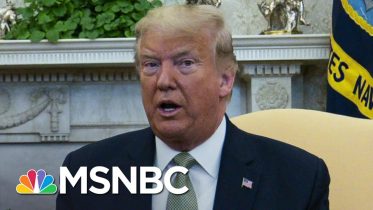 Warren on coronavirus: We should have acted weeks ago

ER Doctor: My Colleagues Won’t Ever Get Back To Normal | All In | MSNBC

Should Andrew Scheer step down as leader of the Conservatives?