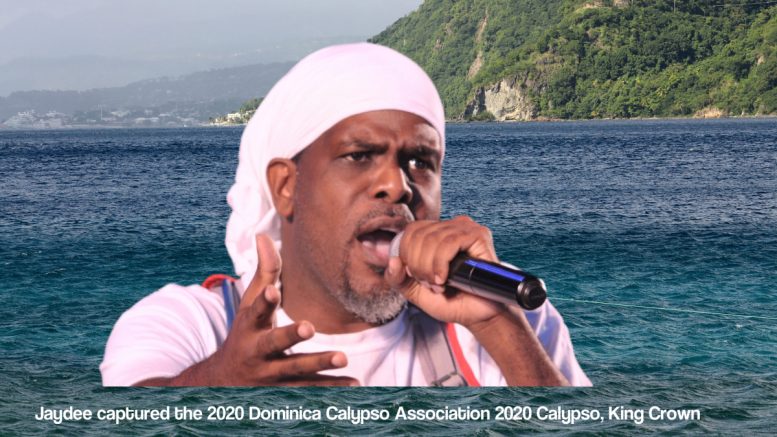 The Dominica Calypso 2020 Monarch got crowned in the wee hours of Sunday morning, February 22nd, 2020. The Jaydee, from the village of Pointe Michel. Jaydee captured the 2020 Dominica Calypso Association 2020 Calypso, King Crown.

The former female calypso King Tasha P (Peltier), came in as the first runner-up. The veteran calypsonian De Webb, third place, and the fourth-place went to newcomer, from the neighboring island of St Lucian, is the Bingo living on the island for the last five years.

The two big failers of the night were two former kings, wearing many king-crowns, the Karessah, and King Dice, who both made mistakes in the first round of the competition.

The other competitors of the big competition were Bobb, De Hunter, De Healer, and Observer, all long-time calypsonians.

Monday and Tuesday, February 24th and 5th, Dominicans will jump in the streets dancing to the new calypso music of 2020, and years which have gone.

Carnival in Dominica starts in the capital city of Roseau. It takes elements of Carnival that happens at the same time in the neighboring French islands of Martinique and Guadeloupe, as well as Trinidad. Notable events leading up to Carnival include the Opening of Carnival celebrations, the Calypso Monarch music competition, the Queen of Carnival Beauty Pageant, and bouyon music bands. Parties last for the Monday and Tuesday before Ash Wednesday.

Clarifying My position on Geothermal Development

Maya Wiley: Trump’s Been A Danger To Our Democracy Since Day One | Deadline | MSNBC

In his Fox News interview with Chris Wallace, Donald Trump attempts to sow doubt about the outcome of November’s election by saying he might…

Fauci makes plea to Americans: ‘You have a societal responsibility’ in COVID-19 fight