ROSEAU, Dominica, Thursday April 21, 2011 – The Government says it’s willing to work with the private sector to come up with a strategy that would allow some establishments within the capital, Roseau, to remain open for business on Sundays.

Under the country’s current labour laws, Sunday is regarded as a public holiday and workers would have to be paid double time for performing duties on that day.

Minister for Employment Dr. Colin McIntyre said that because of cruise ships sailing into the island on Sundays, it’s necessary to consider allowing businesses to open on that day.

He said the labour laws would have to be revisited to facilitate such a change.

“This is a burning issue that is coming up more and more. It has placed itself on the table for consideration but as a Government, we want to make sure we do things right. It has to be something that the people understand, that is a requirement,” he said.

Minister McIntyre stressed, however, that there would have to be consultation between Government and the people to arrive at a “win-win situation”.

“We do not want to force anything down on our people because we have to be concerned about labour laws and the rights of workers. What I am saying here is this is something that we must take into consideration if we have to take Dominica to the next level because on a Sunday, with say 2,000 folks walking through Roseau, you cannot have Roseau shut down at all. You cannot have Roseau just totally locked down because of double time on a Sunday,” he said.

“We have to strike a balance somewhere in there. Again, it has to be between the Government and the workers and the private sector.”

McIntyre noted that while it may be easy for smaller enterprises to remain open, larger business may find it difficult to pay overtime to such a large number of employees.

He said this is among the issues that will have to be considered.

Be the first to comment on "Dominica considers Sunday business openings" 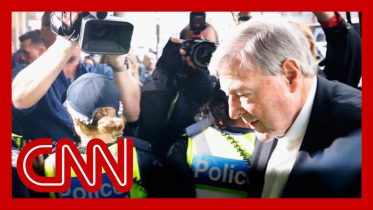 How Trump Is Ahead Of Democratic Competitors Digitally | Velshi & Ruhle | MSNBC