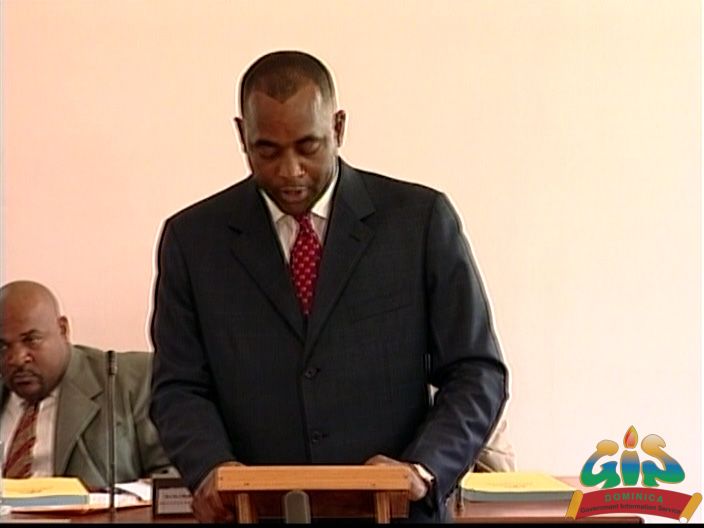 ROSEAU, Dominica, CMC – A High Court judge Wednesday ruled that Prime Minister Roosevelt Skerrit and his Education Minister Peter Saint Jean will have to face trial over charges that their elections last December were null and void.

But the court threw out a number of petitions filed by the main opposition United Workers Party (UWP) regarding allegations of irregularities, bribery and corruption during the polls.

Judge Errol Thomas, in a 65 page judgement, said the matter challenging the Prime Minister’s election in the Vieille Case constituency on December 18 last year on the grounds that he holds dual citizenship, was substantial enough to be taken to trial.

“In all the circumstances, the Court agrees that the elements of disqualification have been pleaded. And it is the further conclusion of the Court that the First Respondents have been made aware of the case they have to face, namely disqualification; and further still a cause of action has been made out,” Justice  Thomas said.

He also ruled that the petition by the UWP leader Ron Green challenging the election of Saint Jean in the La Plaine constituency deserved to be heard before a jury.

In an immediate response, Green told reporters he was pleased with the ruling regarding the Prime Minister’s dual citizenship status.

“It is important that the question of allegiance of Prime Minister Skerrit and Peter Saint Jean is going to be tried in a court of law and evidence will be brought forward to see whether they in fact eligible to contest,” he added.

But Attorney General Francine Baron Royer said she was confident that when the matter goes to trial, the Prime Minister would be victorious.

“I believe that having been successful in this instance we will also be successful in relation to the other remaining allegations,” she said.

“We believe that the allegations that are being made are not sufficient …to disqualify the Prime Minister and Honourable Saint Jean”.

According to the petition filed on behalf of the UWP candidate, Maynard Joseph, Prime Minister Skerrit “at the time of his nomination and at the material time, was a person by his own act under an acknowledgement of allegiance and/or adherence to a foreign power of state, namely the Republic of France.”

Joseph is also arguing that Prime Minister Skerrit “was not qualified and was disqualified from being nominated and from being elected and/or returned as a member of the House of Assembly for the said constituency of Vielle Case in the said election.”

Skerrit’s Dominica Labour Party (DLP) was returned to office for a third consecutive term with a convincing 18-3 victory in the December election, but the UWP subsequently filed petitions challenged the results in five constituencies, claiming widespread voter irregularity, bribery and fraud.

However, Justice Thomas dismissed the bribery allegations describing them as “vague” and “a fishing expedition.

“The petitioners have completely and absolutely failed to properly plead or perfect the allegations of bribery. Instead of the material facts and particulars, which were required by law, the petitioners pleaded general allegations, the language of the Act, and mere statements of opinion and conclusions.

“In view of the requirement to plead bribery specifically and fully, and the consequences of a finding of bribery, the pleas of bribery are wholly inadequate and do not disclose a reasonable cause of action,” the judge said.

He said that Dominicans residing overseas were eligible to vote “unless their names had been deleted” from the voting list and there was no cause of action on the charge that overseas Dominicans, according to the UWP petition, were brought in to vote illegally.

“Contrary to the submissions on behalf of the petitioners, it is the ruling of the Court that persons living abroad in excess of five years are qualified to vote, unless their names are deleted in accordance with Section 7 and 11 (b) of the Registration of Electors Act,” the judge said.

Justice Thomas also struck out the UWP petition regarding access to the State-owned Dominica Broadcasting Service (DBS) radio during the election campaign.

“In the petitioners’ case, it is clear from their own affidavits that they were given access to the

State radio over time. As it turned out, their concern was unequal access. Therefore, the allegation of denial or refusal of access does not give rise to a cause of action as what is pleaded amounts to a bare statement without supporting material facts,” he said.

Green told reporters he was disappointed with the judge’s decision to strike out the matters relating to bribery.

“I felt that a number of matters were struck out that should have gone forward for trial. The issue of bribery was struck out and I think that is a major issue and it pains me that we will not be able to try on the issue of bribery…that is very dangerous in terms of free and fair elections,” he added.

The Attorney General said the judgment sent a strong message about bribery allegations.

“All the allegations that have been made have been struck out except for the allegation of disqualification against the Prime Minister and Peter Saint Jean. It is an indication that it is not just a matter of making statements or making allegations. One has to have something of substance to stand in a court of law,” she said.

Legal Affairs Minister Ian Douglas said he was satisfied with the court ruling saying “it re-emphasises and confirms what we have said along that there was no basis in those petitions.

“The electorate went to the polls and quite correctly elected representatives of their choice like they have done in elections past,” he said, noting “we have always said that our elections are free and fair and we had election observers here who gave their reports saying that there was nothing wrong with the elections…and the court is just confirming what we have said along”.

The attorney for the UWP, Geoffrey Letang, said that a decision would be taken on whether there would be an appeal against the court ruling regarding the matters that were struck out.