25 September 2010 – Dominica’s President told the General Assembly today that a growing trade in illicit small and light weapons in the Caribbean, which he linked to drug smuggling, threatened peace and security in the region as he urged larger countries to help combat the problem.

“The continued demand in the North for drugs produced in the South, and the growth of the related trade in small arms and light weapons, have placed us in the crossfire of these illicit activities,” Dominica’s President Nicholas J. O. Liverpool told the high-level debate of the General Assembly.

He said many affluent States only responded to the problem when they were directly affected, and had failed to understand that smaller nations lacked the capacity to deal with the threat.

“It appears to us that the larger nations of the world only take decisive steps to cope with this situation when it has become untenable for themselves,” Mr. Liverpool said.

“In that context we do not believed that sufficient consultation now exists to ensure that smaller States are provided, on a continuous basis, with the capabilities needed for persistent attention to the problems arising in our jurisdictions.”

“This is yet another aspect of the case for special and differential treatment in the security and social development spheres,” Mr. Liverpool said. 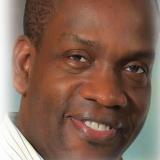 Skerrit’s “NO LAW, NO CONSTITUTION” era

The ruling of the Appeal Court does not transform Skerrit’s dishonesty into honesty nor does it create truth out of the lies he has told about his possession of a French passport and by extension his dual allegiance disqualification for membership in the Dominica parliament pursuant to section 32.1(a) of the Constitution.

Michael Smerconish: There are 2 cracks in Trump’s firewall