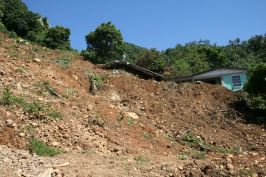 Roseau, Dominica – February 7, 2008…………The efforts of the Dominica Government to return the country to

normal following the passage of Hurricane Dean has been boosted with the news that the International Monetary Fund (IMF) Executive Board has approved SDR 2.05 million (US$3.3 Million) in emergency assistance for Dominica.

This information was revealed in a press release by the IMF issued on February 5, 2008.

Economic Growth is estimated to have slowed to 1 percent in 2007, mainly as a result of the devastating impact of Hurricane Dean on the economy, while the loss in export earnings in 2007 and 2008 is estimated at 4 percent of GDP.

Since the passage of Hurricane Dean the donor community has responded well by providing disaster relief grants to help address the immediate needs of those affected by the hurricane and to undertake repair and reconstruction of essential infrastructure.

According to the IMF, given the severity of the structural damage “the reconstruction process will require a considerable amount of time and resources”.

At the conclusion of the Executive Board’s discussion on Dominica, Murilo Portugal, Deputy Managing Director and Acting Chair, said: 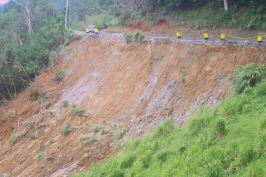 “Prior to the hurricane, Dominica had significantly reduced fiscal imbalances under an economic programme supported by the Poverty Reduction and Growth Facility(PRGF), which had helped reduce the external  current account deficit and placed the public debt on a downward path. However with foreign exchange earnings impaired by the hurricane and the significantly expanded imports of reconstruction materials, Dominica now faces large balance of payments financing needs.”

In his statement, The Deputy Managing Director also stated that the Dominica Government “has responded swiftly, reallocating resources to the pressing needs of rehabilitation and reconstruction”.

“The authorities’ continued implementation of prudent policies, together with support from the international community should help Dominica recover from the setbacks caused by the hurricane,” Mr. Portugal concluded.

The emergency loan has a subsidized interest rate of 0.5 percent per year to be repaid in eight quarterly instalments over 3.25 to 5 years from the disbursement date. (Ends)

Be the first to comment on "DOMINICA GOVERNMENT’S RECOVERY EFFORTS BOOSTED AS IMF APPROVES US$3.3 MILLION IN EMERGENCY ASSISTANC" 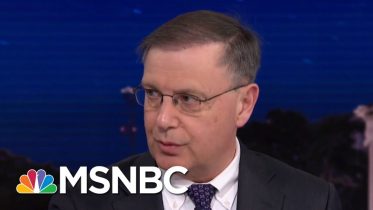 Chris Hayes: Trump Is Acting Like A ‘Bumbling Autocrat’, Not A Democratic Leader | All In | MSNBC