ROUSEAU, Dominica (AP) — Authorities in Dominica have charged three men with murder and assault in an attack that killed an Irish national and wounded a U.S. couple who own a hotel on the eastern Caribbean island.

A magistrate charged the suspects Wednesday in the slaying of Joseph Costello, a 43-year-old Dublin native.

The trio were remanded to an island lockup. Defense attorney Wayne Norde did not speak to reporters.

Detectives say three masked men brandishing a machete, a hatchet and a plank of wood demanded money from the U.S. couple outside their Pagua Bay House hotel and restaurant in Marigot.

Police say Costello was bludgeoned when he rushed to help.

Americans Rich and Alicia Davison were treated and released from a hospital. 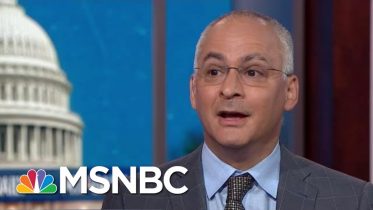 Lawfare Editor in Chief Ben Wittes says the Department of Justice's report on James Comey is saying, "If you are a law enforcement officer…

Chris Hayes Podcast With Sen. Ted Cruz | Why Is This Happening? – Ep 77 | MSNBC