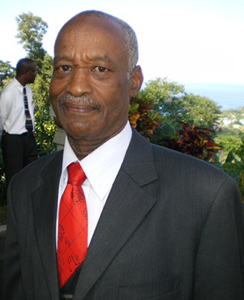 ROSEAU, Dominica – The Minister responsible for Telecommunications in Dominica, Ambrose George, has declared his Government’s intention to facilitate the establishment of an Internet Exchange Point (IXP) in Dominica. This move is expected to bring significant benefit to Internet users and entrepreneurs.

“Countries all across the world have realised and exploited the benefits of IXPs. Establishing an Internet Exchange Point in Dominica is expected to bring several benefits for our Government, as well as for our citizens and business community.”

The minister described the IXP as a facility that allows for the free exchange, or peering, of domestic Internet traffic between Internet service Providers (ISPs).

Symposium participants, including the two major Internet Service Providers LIME and Marpin Telecoms, agreed to form a working group to consider the information presented. The working group also committed to collaborate on defining the next steps toward establishing an Internet Exchange Point in Dominica.

The Symposium, which was held at the Fort Young Hotel in Dominica’s capital city, Roseau,  was attended by a wide cross-section of the stakeholder community including officials from the Government, the National Telecommunications Regulatory Commission (NTRC), the private sector, media houses, ISPs, as well as students from the Dominica Community College. The event was facilitated by Bevil Wooding, an Internet Strategist with PCH, and Stephen Lee, a US-based ICT expert.

Wooding, who delivered the feature presentation at the Symposium, described IXPs as an internationally recognised mechanism for achieving cost and service gains and ICT sector growth.

“Accelerating the spread of the Internet in the Caribbean, encouraging development of Internet-based services and reaping real social benefit is dependent on reducing Internet connectivity and bandwidth costs and improving quality of service across the region,” Wooding said.

He described building an IXP as a technically trivial exercise, but he noted that building the level of trust and collaboration required between stakeholders is not always straightforward.

Wooding, who also serves as the Program Director for the CTU’s Caribbean ICT Roadshow, noted that over the past sixteen years, PCH has built or supported more than one third of the world’s 300 IXPs.  His presentation drew from several international examples to demonstrate how IXPs can be practically leveraged in the region to address the issue of local content development, community empowerment and new types of Caribbean innovation and entrepreneurship.

She added, “Through the CTU’s Caribbean ICT Roadshow we plan to expand our outreach to Governments and to help policy makers understand the changes to the regulatory and business environment that an IXP can bring.  We are also prepared to work with ISPs and industry stakeholders to identify new opportunities for technological innovation across the Caribbean.” 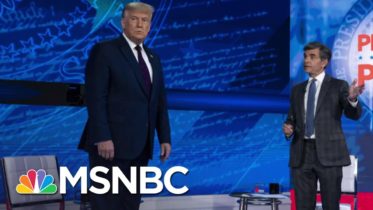 On the same day Joe Biden opened up new attacks on Trump's COVID-19 response, the president struggled with some tough questions by voters at…

‘Something we’ve never seen before’: Lebanese doctor on treating thousands of wounded people