ROSEAU, Dominica, CMC – Prime Minister Roosevelt Skerrit and journalist Matt Peltier Monday settled “amicably” a lawsuit filed by the head of the Dominica government over a newspaper article published in 2007.

Both Skerrit and Peltier appeared at the High Court here as part of the mediation process before Justice Albert Thomas.

Lawyers for the prime minister contended that the article contained inaccurate information designed to destroy the image of their client.

But Peltier, who is also the managing director of the newspaper, insisted that the article was not malicious but revealed facts about “the servant of the people”.

Informed sources told the Caribbean Media Corporation (CMC) that the two parties had “agreed to end the issue,” and in keeping with the mediation process had agreed not to discuss the matter any further in public. 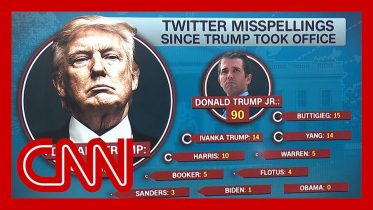 Spelling mistakes on social media are not uncommon, but President Donald Trump makes a lot more Twitter typos than most others in the political…