Roseau, Dominica – September 11, 2008…… The Nature Island of Dominica is seeking to build on its growing reputation as a major dive destination in the world.

Representatives from Divers Alert Network (DAN) were on island recently and conducted a seven (7) day intense training programme for hyperbaric chamber attendants and operators at the Princess Margaret Hospital, where the hyperbaric chamber is situated.

This training programme became a reality as a result of the efforts of Dr. Fitzroy Armour of Green Ventures Limited, the Rotary Club of Dominica, the Ministries of Health and Tourism, the Dominica Watersports Association and Carla Armour of Anchorage Ltd.

Speaking to reporters at the start of the training programme, Minister for Tourism, Hon. Ian Douglas stated that Dominica had to do all it could to build on its growing reputation as a major dive destination.

“We cannot continue to have such an international and universal attribute and be so universally acclaimed and yet we in Dominica are not doing all we can to push that attribute. And so that is where the Ministry of Tourism comes in, because we believe that we have a product that is world class. We have a product that can really make Dominica distinguish itself and become known internationally not as the Dominican Republic but as the Commonwealth of Dominica- one of the best dive destinations in the world, ” Hon Douglas stated.

In his remarks at a media gathering, Dr. Fitzroy Armour pointed to some of the unique features of the hyperbaric chamber in Dominica, and stressed that its location makes it well placed to respond to acute emergencies.

The hyperbaric chamber in Dominica is situated close to the Intensive Care Unit (ICU), the Accident and Emergency, CT Scan, the Renal Unit, Radiology Department and the Ross University School of Medicine training centre.

Dr. Armour added that the close proximity of the hyperbaric chamber to the Roseau Ferry Terminal  (1 mile), the Canefield Airport (3miles) and Coast Guard Base (1mile) makes Dominica an ideal location for divers in the event of a dive-related accident. The closeness of the Chamber to Lindo Park in Goodwill for possible airlift in the event of an accident was also sited as an added advantage.

Apart from treating victims of diving accidents, the hyperbaric chamber can be used to treat people with a wide range of medical conditions, including patients with diabetes and hypertension and victims of burns as well as patients requiring skin grafts.

Following the completion of the training programme, in which nurses, doctors and representatives of the dive industry participated, there was a graduation at the Anchorage Hotel.

The completion of this training programme means that Dominica can continue to build on its growing reputation as a major dive destination. Dominica is now ranked third in the list of the top dive destinations in the world.

Divers Alert Network is an international scuba diving safety organisation. It is a non-profit organization that provides medical advice, conducts research and offers training for divers to care for other divers injured in diving emergencies. 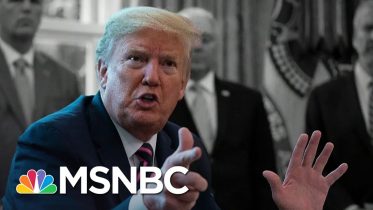 After an intense rebuke, Trump tried to claim his comments about possibly treating coronavirus by injecting disinfectant or with heat and UV light were…

Growing divide between Trump and McConnell over impeachment trial