Roseau, Dominica– May 4, 2010………Dominica will host the Thirteenth (13th) Meeting of the Council for Foreign and Community Relations (COFCOR) from May 5-6, 2010. COFCOR comprises the Ministers for Foreign Affairs of the 15-nation Caribbean Community (CARICOM).

The Meeting will be chaired by Minister for Employment, Trade, Industry, and Diaspora Affairs, Hon. Colin McIntyre. Dr McIntyre also has responsibility for CARICOM affairs.

Matters for discussion over the two days include:

Ø     CARICOM’s response to the Haitian catastrophe

Ø     The changing geopolitical dynamics in the hemisphere

Ø     Relations with Third Countries and Groups of Countries

Ø     Multilateral and Hemispheric Relations to include the United Nations, the Organisation of American States(OAS), Association of Caribbean States(ACS) and the Human Rights Council

Ø     Operations and Functioning of the COFCOR

More than forty (40) delegates comprising Ministers of Government from each CARICOM Member State and the CARICOM Secretariat are expected in Dominica for the two-day meeting.

The COFCOR meeting is also expected to attract guests from a number of countries and institutions including Australia, Portugal and the United Nations Economic Commission for Latin America and the Caribbean (ECLAC). 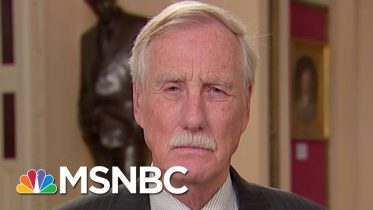 Maine Independent Sen. Angus King notes that hearing the evidence against Trump in its totality lead him to realize the "powerful" case against the…

With Super Tuesday Looming, Nevada May Dictate What To Expect | MSNBC