ELECTION 2009 AND THE  CORRUPTION OF OUR NATION’S CHARACTER
By Gabriel Christian Esq.

A lawyer is either a social engineer or a parasite on  society Charles  Houston Dean, Howard University Law  School, Founder of the NAACP Legal Defense  Fund and Mentor to Justice Thurgood  Marshall While the  first casualty of a failed state is integrity in office, it is preceded by the  weakness of its judiciary, its system of laws and those practitioners who  complement that system. In Dominica, the Chief Magistrate is Prime Minister  Skerritt. His disrespect for his role as chief enabler of our laws and guarantor  that law enforcement will do its job without fair or favour is encapsulated in  his regrettable statement made at the height of the campaign: no law or  constitution can prevent me from running for election. That statement from the  chief himself represents the corruption of our nation’s character.  What other  factors obtained in the election of 2009 which represent a calamity for honest  government and rule of law on Dominica? Here are some samples from the campaign  which was strewn thick with apologists and excuse makers like the lethal  landmines on the DMZ which separates North Korea from  democracy.

The PM is a hero in the crowd. A poor man  from Veille Casse must make money too. All you Roseau people hate de poor boy  from Veille Casse. Somefing happening.  If the man take a little fing, so what? If China give us ten million and  the man take one million, what’s the big deal? Is he that get de
money, so he can take a piece, as long  as he share some. If it was UWP they would thief all de money and share none.  Boy, you are a Labourite, you have to support de party. Look at the stadium and  the seawall, de man is working my boy. UWP use to steal too. UWP bring down  people to vote too. All you staying in America and trying to rule us by remote  control. DBS Radio denied access  equally to all the parties, so there was no suppression of the press.

The excuses  are sad, as they are lamentable. We must strive to uphold the highest standards  for our beloved Dominica. It is shameful and wretched where people would come to  Dominica and accept lawlessness of a kind that would never be accepted in the  UK, Canada, USA or nearby Barbados. We must reject the hypocrisy and dishonesty  which holds that our people are not fit to enjoy the democracy and lawful  conduct of its leaders which hold true in advanced  democracies.

National Leadership Sets the  Tone.
That  relatively literate persons made such excuses as noted above, or wrote them on  line, is an even more worrying symptom of the deterioration of the national  character. The nexus between the acceptance of illegal acts by government  leaders who should set an example, is not lost on the criminal
underclass. No  wonder our crime rate and murders have skyrocketed in our hitherto peaceful  country in a manner never before seen.  Then in a  bid to win an election by all costs, the government did the following:

1.      Denied electoral reform which  would have cleaned-up the voters list and ensure the  issuance of ID cards; there is an e-mail  being disseminated which allegedly comes from Senior Counsel to the Government  which makes him complicit in lobbying against such reform; he has not denied the  authenticity of that e-mail.

2.      The Government owned GIS and  DBS did not give any time to coverage of the opposition  campaign;

3.      The Government used in excess  of a million dollars airlifting voters from overseas, even though that practice  of air fare is the conferring of a bribe to induce a voter to vote for a  particular party under the plain meaning of our electoral  laws.

To add to  the above, the Government had access to loads of   overseas money with which to sway  the populace. It is undoubtedly true that the Prime Minister is a charming man.  It is also true that even at the worst of times, the Labour Party could command  at least a third of the national electorate. One must also consider that the  Government was recipient of aid from China and Venezuela which mitigated aspects  of the global recession and allowed for project finance.  The Red Clinic and the Housing Revolution  bestowed credit on the Government from the masses.  Add to that the power of the purse held  by any incumbent regime and the poverty of financial means by the opposition  forces, and you have a great advantage. Granted all of that to be true, why  tarnish our national legacy of free and fair elections by skirting the electoral  law and breaching the bounds of decency Mr. Prime Minister? Do you not realize  that the manner in which one wins an election is as
important as the victory  itself?  Your win is now tarnished;  it lacks the gloss of honest effort and due process. It is suspect in the  international community; and reviled by a significant portion of our population  because of the manner in which it was gained.  It has led to a further distortion of  our
national character where anything goes in an election and the laws and  constitution are thrown out the window. Lawyers and judges know well the old  adage: Justice must not only be done; it must be seen to be  done.

The Role of Law and  Lawyers
Law and due  process of law, separates decent societies from the law of the jungle. Decent  people engage in civil debate and reasoned disagreement. The agents of the  Government, despite the smiles of the Prime Minister, spew venom, strive to  silence alternate voices and are profane in the extreme.
Chief among those are  lawyers who should know and do better. As lawyers we can choose to be forthright  and uphold the law, even where it may not well serve our client’s interest.  In so doing we protect the integrity of  the process so as to ensure we can arm ourselves with the protection of the
system of laws when next we venture into battle. However, in forgetting Dean  Houston’s admonition that we should be noble social engineers some have become  parasitic growths on the body politic in a manner which drains rule of law on  Dominica of its very life’s blood.   In our courts it is already  the
sad truth that cases drag on for an eternity. The process is shambolic. The  murderers mostly walk free.  Now,  add to that a flawed electoral process worthy of distrust and you have a recipe  for disaster. When rule of law is so haemorrhaged and lifeless, what will become  of the nation? When those who are sworn to uphold the law, are the chief  breakers of the law, who can blame our young for being so deviant? That the fish  rots from the head is an apt phrase in this regard. But then God is good all the  time.

Elections Must Be  Transparent
When a  party or group wins an election fair and square, they must be complimented. The  system works.  I am happy that no  lives were lost on the 18th December 2009 or the period leading up to  that date. Bu that date was not a glorious one in our history where an election  was bought and paid for in a manner unprecedented. The Labour Party could have  won the elections without breaching the moral and legal boundaries as it  did.   The international observers themselves  commented on the need for  legislation which will ensure transparency. When one places the thumb of  state power on the scales of electoral justice so as to reap a particular  result, such a practice renders the electoral process illegitimate and is a  calamity for our democracy. None of us who are familiar with the norms of  Western democracy can sit comfortably with this one. This election was not free  and fair or transparent, based on what we know now. Our courts then must be  summoned to do justice, lest we usher in dictatorship on Dominica.

It is by that resort to law, and  a system which will enables rule of law, we can rescue our national character as  an orderly and law abiding people. However, where we allow power to reside in  the hands of the arrogant who will dismiss any duty to uphold our laws and  constitution, we shall rue the
day. Our legacy of freedom is at stake.  Dominicans be dutiful to the best needs of your country!  Strive to uphold your  democracy!

Be the first to comment on "Dominica Users Group – Mr. Skerrit & “dual citizenship" 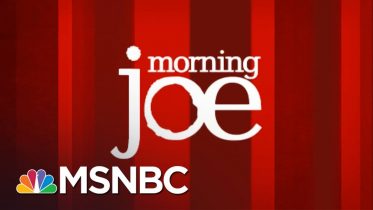 Reporter to Trump: ‘Do you regret all the lying to Americans?’