About MTP Daily with Chuck Todd: Bringing the insight and power of “Meet the Press” to MSNBC every weekday, Chuck Todd looks at the key stories of the day with political newsmakers as they break down and analyze the issues facing U.S. and world leaders. The program features hard-hitting interviews – a hallmark of Todd’s Sunday program – in addition to signature segments such as “I’m Obsessed With,” which highlights topics about which Todd is especially passionate. With an acute understanding of the inner workings of Washington, Todd explains how complex policy issues affect all Americans.

Reports: Trump wanted to deploy 10,000 troops to Washington because of George Floyd protests

MeToo Founder Tarana Burke: ‘Voting Is One Of The Last Things We Have Control Of In This Country’ 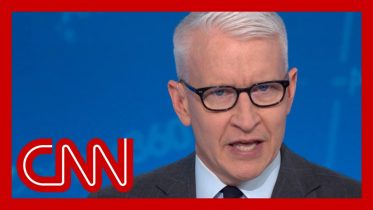 Cooper: Don’t let what Trump’s admitted get lost in the noise

CNN's Anderson Cooper breaks down the contradictions President Donald Trump has made about his phone call with Ukrainian President Volodymyr Zelensky. #CNN #News

Black History Month in Toronto: “This is a chance for us as a community to set a collective vision”