Founding Dean at Baylor College of Medicine, Dr. Peter Hotez, discusses the state of the virus in our country and says he sees a bleak winter ahead if we do not wear masks and aggressively social distance. Aired on 10/23/2020.
» Subscribe to MSNBC:

Van Jones on Biden: That sound you hear is Democrats exhaling 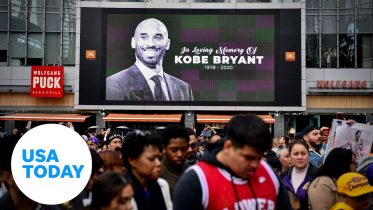 LA's Latino community mourns Kobe Bryant's passing. Bryant 'spoke to all of us.' » Subscribe to USA TODAY: » Watch more on this and…

Moderna’s Covid-19 vaccine is 94.5% effective, according to company data

Democrats Enjoy Steaks, Vegan Burgers, And Yams In Iowa | All In | MSNBC