The unfolding incident of Bajan all-rounder Kevin Stoute has drawn regional attention. Perhaps it is because Desmond Haynes’ managerial competence has been openly questioned by home-grown decency dancing on the table of widespread dissent. To some, Haynes’ decision to allow Kevin to play only one game in the just concluded 20/20 tournament represents an incident of appalling player’s error or implicitly exposes a manager woefully unqualified for the task. Kevin’s overall performance on the field is above reproach.

Regrettably, I see a passive consent for dysfunctional behavior to sportsmanship throughout the Caribbean that turns initiative into indifference. By sheer force of birth, cultural orientation and a sound cause, I am concerned about regional progress.  Barbados, French Guiana, Trinidad & Tobago and Jamaica are part of my family roots.

Haynes’ notoriety soared to the sky in his capacity of record-breaking batting for the West Indies. He was part of a very successful season when Caribbeaners dominated world cricket.  The great Vivian Richards introduced me to him in Trinidad in the late 80’s, and since then, I have always admired the man. His legacy is outstanding.

In the eyes of an enthusiastic fan base, Kevin is either a victim of injudicious kindness or is suffering from the corrosive effects of indulging in youthful distractions. Presumably, this behavior threatens to ravage his ambition to achieve the legacy of West Indian greatness, to which he is heir.

I interacted with Kevin several years ago when he visited New York and had the pleasure of his insightful feedback on one of my books: If All Men are Dogs then Women are Dog Groomers: Debunking the myth and Rethinking Relationships. I immediately observed that his love for cricket was linked to a sparkling determination to master practical insights, derived from cricket exploits.

I am not surprised that critics view Kevin’s personal demeanor and professional drive as mirroring a rare commitment to the game. Some supporters feel that he reminds them of the great Sir Gary Sobers during his rise to stardom.

In the context of fluctuating cricket talent, it is counterintuitive for the perception to be given, that a rising young talent is subject to spiritless discipline rather than a caring hand. Such an impression is especially troubling at a time when the Caribbean region is starving for cricket talent for a host of reasons. But it is also a critical sign that we need to put conflict resolution processes in place and establish leadership models that nurture youthful energy. Guiding principles should inspire self mastery, foster open relationships, and take growth-centered actions.

I suppose this saga leaves open the possibility that voices of moral challenge and intellectual critique are reassuring, not only where smiles and winks show disapproval, but when silence and noisy talk breathes communal disquiet.

What is indeed instructive, even insightful, is that Haynes has not yet felt compelled to dispel the idea that he acted unfairly to Kevin.  Perhaps there is an opportunity here for many who look so little in their own eyes, to reflect on some tough questions and broader issues. As a society, do we make our sport managers feel that they cannot admit to a mistake? Thomas Edison made 999 mistakes before he got the light bulb right. Is it possible that local public dissent was a test of Bajan courage, to bring attention to what is perceived to be an unfortunate managerial approach of leading through fear?

This incident also affords Kevin the chance to cultivate the ability to express his feelings, to introspectively ask himself, how does a missed opportunity reveal whether I am at an unsafe place in my life? Or what positive lessons is a particular misfortune teaching me?

Sport managers must learn to become inspired by the possibilities of reaching out to help players empower themselves. Some nurse a considerable grudge against players.  For Sport Commentator Joseph ‘Reds’ Perreira, players’ associations must advocate better performance, not just better salary structures for players.  He thinks players generally lack an appetite for cultural pride.

Yet sadly but truthfully, too many managers and coaches laugh and smile in the face of young players, but are reluctant to tell them the truth head-on.  When I confronted them about this self-induced fear, they claimed that players aren’t open to tough love and corrective action. They say that players see themselves as too easily victimized.

Unfortunately, regional and national sport bodies have demonstrated, on several occasions, cold shoulder callousness to players’ needs, and players in turn sacrifice the love of the game for the economics of the game.

Great managers and coaches risk their public image to shape the destiny of young players’ lives.  We should willingly nurture a learning environment that encourages constructive criticism and healthy feedback. Cricket is a character-building enterprise,  and managers and coaches must be bold enough to mentor players to master the game and treat everyone equally.

I suggest that managers and coaches detail clearly the kind of commitment they expect from players before they can be part of the team. And players must be able to answer precisely what their commitment to the game and the team entails.

We need to hold our national and regional sport bodies accountable to design programs and create policies that hold players, managers and coaches to standards of success on small and large scales.

Let it not be said that at one time the Barbados cricket team was heading for disaster but now catastrophe engulfs.  Going forward demands big picture thinking and leadership maturity.  Truly then, we should not suspend our license to use every opportunity to improve cricket.

Dr. Isaac Newton is an International Leadership and Change Management Consultant and Political Adviser. He specializes in Government and Business Relations and Sustainable Development Projects. Dr. Newton works extensively in West Africa, the Caribbean and Latin America and is a graduate of Oakwood College, Harvard, Princeton and Columbia. He has published several books on personal development and written many articles on economics, education, leadership, political, social, and faith based issues. 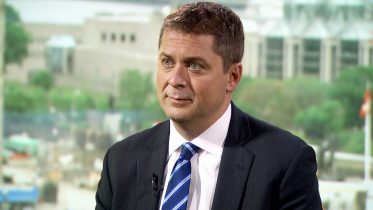 Conservative Leader Andrew Scheer discusses his climate plan and says he will put a cap on large emitters, but that it's not a price…

The Limits Of The Presidential Pardon | All In | MSNBC