New drone footage taken on March 23 shows lava bubbling from the crater of an Icelandic volcano.

The drone operator braved the snow and biked seven kilometres to the volcano, which is not accessible by road.

The volcano erupted on March 19 in a peninsula in southwest Iceland. It was the first eruption in the peninsula since the 12th century.

After Defeating Trump, Dems Go Big Because They Can | The Beat With Ari Melber | MSNBC

‘Criminally Charged’?: Riot Prosecutor Says Trump Could Be In Trouble | The Beat With Ari Melber 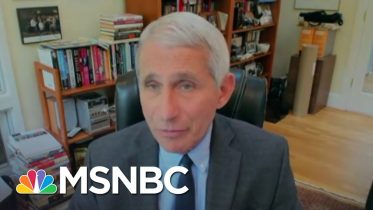 Dr. Fauci told lawmakers that the actual COVID-19 death toll is likely higher than the over 80,000 currently reported and warned of "little spikes…

Why Jackie Robinson once said he could not salute the flag

Reporter to Trump: Why did you lie to the American people?