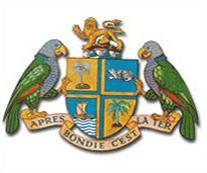 By letter dated   Wednesday, 11th June, 2013,   the United Workers Party (UWP) requested an emergency meeting with the Electoral Commission to discuss a list of issues, as follows:

–              Issuance of the Multipurpose ID Card (MPID) and its use for voting in the upcoming General Election;

–              The suggestion that the DLP seems bent on what the UWP consider to be illegal practices involving importation of overseas voters;

By letter dated Monday, 16th June, 2014, the Commission, through the Chief Elections Officer, responded and invited the UWP to meet on Wednesday 18th June, 2014, at 4: 00 pm, at the Electoral Office. The meeting was convened accordingly and all members of the Commission, along with the Chief Elections Officer, were in attendance, together with the representatives of the UWP.

At the commencement of the meeting, the UWP requested that there be added to the list of items for discussion, the issue of the Commission’s public education campaign.

The UWP’s representatives proceeded to indicate the party’s position on the issues presented for discussion and the Commission’s Chairman on behalf of the Commission, responded to each of the items raised.

It must be pointed out that last Wednesday’s meeting was one of several that the Commission has held with the UWP over the past two (2) years. Some of those meetings were convened at the request of the party, while others were held as part of the Commission’s outreach to political parties and other stakeholders of the electoral process. In the course of previous meetings, the Commission indicated its position, as well as provided details of the work being done, in respect of several of the issues raised above.

The position of the Commission as articulated at Wednesday’s meeting with the UWP is as follows;

(1)    On the matter of the cleansing of the electoral list, the Commission explained to the meeting the steps being taken to cleanse the list. These included :

–          1. obtaining reports from the Civil Registry on a monthly basis which, following verification with Registering Officers in the districts, are used in the removal of the names of deceased persons from the electoral list;

–           2. Investigation into Commonwealth citizens who no longer reside in Dominica with a view to removal of their names from the list;

–          3. The fact that the enrollment process of the MPID is assisting in providing information which is used to cleanse the list;

–          4. That names of persons who are supposedly deceased and which are submitted by political parties and other interested stakeholders for removal from the list, are submitted to the Civil Registry for verification prior to being removed from the Electoral List;

The Commission also emphasized the obligation of political parties and other stakeholders to draw to the attention of the Commission, the names of persons whom they believe should not be on the list and the fact that the electoral law contains procedure for objections leading to the removal of such persons from the list

(3)    On the matter of the issuance of the MPID and its use for voting in the upcoming general election, the Commission provided to the UWP, details of the progress that was being made with the enrollment and some of the challenges it faced. The Commission emphasized that even before the commencement of enrollment; it had indicated to the general public that the process would take approximately 18 months. Now that the process has begun, the Commission was of the view that the process is more likely to take approximately 2 years. The Commission stated that it had previously indicated, and this is still its position, that it would not recommend the use of the MPID for elections, unless it was satisfied that each person who is entitled to vote had the reasonable opportunity of being enrolled and issued a card. The UWP expressed concerns that based on the timeline given by the Commission; it was unlikely that the MPID card would be ready for use for the next election. They therefore suggested that the Commission examine the model adopted in the recent Antigua election, including the re-registration process adopted prior to that election. The Commission responded that from its understanding such a model would require new legislation. The UWP inquired whether the Commission would support a call by it for such legislation to be implemented. The Commission indicated that the UWP should send it material on the Antigua model for consideration.

(5)    On the matter of review of election laws, the Commission briefed the meeting on the ongoing consultancy being undertaken by Mia Mottley QC. It also informed the UWP that Ms Mottley’s work was close to the stage where the Commission would be able to provide stakeholders with a draft of the proposed statutory recommendations.

(6)    On the matter of public education, the Commission informed the meeting that it agreed that public education was important and proceeded to provide details of initiatives already being undertaken by the Commission. These included the production of a Face Book page to be released soon, improvements to the Electoral Office’s website, appearances in the media by the Chief Elections Officer and information on voter registration which has been provided to Registering Officers and political parties and is to be published in the press. The UWP then made various suggestions on how this could be improved and the Commission agreed to examine these suggestions.

The Commission wishes to also draw the public’s attention to the following:

Finally the Commission wishes to assure the public of its commitment to free and fair elections in Dominica and together with the Electoral Office continues to work tirelessly in that regard.

The Commission reminds the public that the present electoral system has produced free and fair elections in Dominica over several decades and that it is confident that the system is able to continue to do so.

The Commission stands ever ready to listen to the views of the general public, the political parties and civil society and where possible to accommodate those views in its decision making process. Ultimately however, the Commission remains resolute in its commitment to carrying out its legal functions independently and in keeping with internationally recognized best practices. 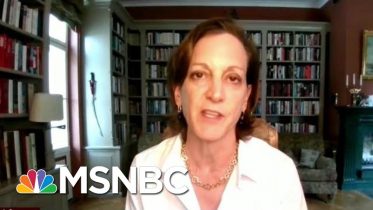 The Atlantic's Anne Applebaum urges Americans to pay attention to whether or not Trump will collaborate with the GOP to steal the upcoming election….

Joe: President Donald Trump Understands This Is Not The Flu | Morning Joe | MSNBC

FBI Director: Domestic Terror Arrests Up, Most Motivated By White Supremacy | All In | MSNBC