After requesting an extension in April, the U.S. Census Bureau is now reversing course and saying it will end its count a month early, even as response rates are the lowest they’ve ever been in recent history due to the COVID-19 pandemic. This unprecedented move comes right at the time that census workers are usually preparing to count traditionally undercounted segments of the population – including people who are homeless, people who are low-income, immigrants and speakers of languages other than English. Leaving them out of the census would have major implications for community services, elections and political representation. Aired on 8/4/2020.
» Subscribe to MSNBC:

African Americans Are The Base Of The Democratic Party. But They Are No Monolith | All In | MSNBC 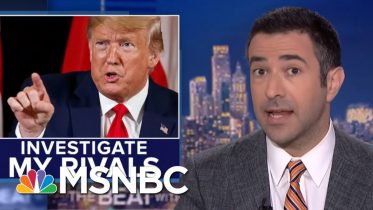 President Trump has admitted to attempted collusion, secretly demanding a foreign government to look into his political rival. A record number of House Democrats…