Jitarth Jadeja found QAnon in 2017. The 32-year-old spent two years entrenched in the virtual cult. His biggest regret? Sharing the conspiracy theory with his father. CNN's Donie O'Sullivan reports.
One day in June 2019, Jadeja went outside to smoke a cigarette. For two years he'd been in the virtual cult of QAnon. But now he'd watched a YouTube video that picked apart the last element of the theory he believed in. Standing there smoking, he would say later, he felt "shattered." He had gone down the QAnon rabbit hole; now, having emerged from it, he had no idea what to do next.
The most basic QAnon belief casts President Trump as the hero in a fight against the "deep state" and a sinister cabal of Democratic politicians and celebrities who abuse children. And it features an anonymous government insider called "Q" who purportedly shares secret information about that fight via cryptic online posts.
Travis View is a conspiracy theory researcher who co-hosts the podcast "QAnon Anonymous."
The theory's believers "always fantasize that they are saving children and they're bringing criminals to justice," View says. "But QAnon only hurts people. It has helped nobody."

83 Comments on "Ex-QAnon believer breaks his silence. How he escaped the viral cult" 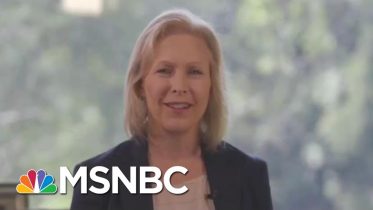 The 2020 race for the Democratic Presidential nomination narrows with another candidate dropping out. Chris Jansing is joined by NBC’s Garrett Haake, Reason Magazine…

The Atlantic: America Is Acting Like A Failed State | MSNBC

Cooper: Trump is telling detained kids to ‘suck it up’