Former White House communications director Alyssa Farah said Friday that President Donald Trump lied to the American people about the 2020 presidential election results and said that he should "seriously consider" resigning from office after Wednesday's deadly insurrection at the US Capitol.
Farah said on CNN's "New Day" that she holds Trump responsible for inciting the mob that stormed the US Capitol in an attempt to stop Congress' certification of President-elect Joe Biden's Electoral College win and allowing this "lie to take a life of its own that the election might be overturned."
Asked by CNN's John Berman if she would feel safer today if Trump resigned and Vice President Mike Pence took over, Farah replied, "I would."
"I think that it's something (Trump) should seriously consider," she said. "I don't think that — when you've got just a number of days left — there's any need to carry on kind of the charade of an impeachment."
#AlyssaFarah #NewDay #CNN

Trump, Biden On The Attack In Midwest As Virus Outbreaks Soar | The 11th Hour | MSNBC

74 Comments on "Ex-Trump communications director: He lied about 2020 election" 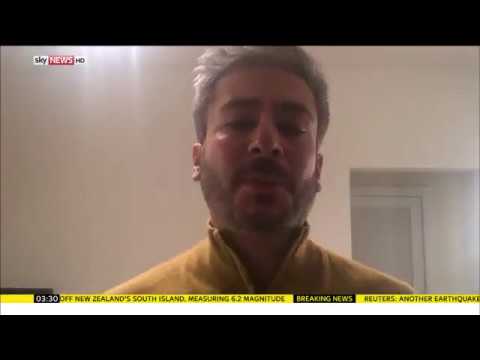 US election: Why Donald Trump met Nigel Farage before Theresa May

Day 963: Russia, Scotland, & Beyond Point To Another Chaotic Week For Trump | The 11th Hour | MSNBC