Ex-Trump Lawyer Admits Big Lie Was Lie | All In | MSNBC

In a court filing defending Sidney Powell from a billion-dollar defamation lawsuit from Dominion Voting Systems, her lawyers said the election fraud claims she made on national television for months were not at all true and too ridiculous to be defamatory. Aired on 03/23/2021.
» Subscribe to MSNBC:

Ex-Trump Lawyer Admits Big Lie Was Lie | All In | MSNBC

This is subtly getting the scoop. | Rachel Maddow | MSNBC

Why Trump is (still) forever 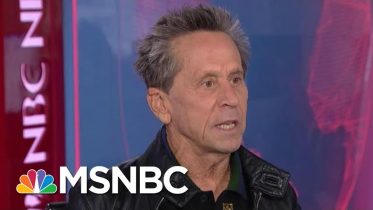 In this time of extreme partisan polarization and division, it is harder than ever to make meaningful human connection. Oscar-winning producer Brian Grazer joins…

How can Canada slow the spread of COVID-19? These two infectious disease experts discuss