Exposed: Police Double Standards Under Scrutiny As The Trial For The Killing Of George Floyd Begins

While George Floyd was choked to death over 8 minutes and 46 seconds by police officers, the historic insurrection by Trump supporters on Capitol Hill was met with police leniency, a documented contrast to police treatment of other protesters — both in Washington and around the nation. In this report, MSNBC’s Ari Melber documents double standards in policing, with new reporting on how Black Lives Matters protesters were arrested at far higher rates than the people trespassing at the Capitol, despite many of those protests being peaceful, and contrasting other aspects of policing and escalation. Melber questions if America will do anything about this double standard. (This interview is from MSNBC’s “The Beat with Ari Melber, a news show covering politics, law and culture airing nightly at 6pm ET on MSNBC. ). Aired on 03/29/2021.
» Subscribe to MSNBC:

Exposed: Police Double Standards Under Scrutiny As The Trial For The Killing Of George Floyd Begins

To believe Trump’s defenders, you have to ignore the facts | Don Lemon

57 Comments on "Exposed: Police Double Standards Under Scrutiny As The Trial For The Killing Of George Floyd Begins" 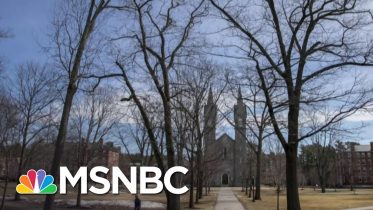 Coronavirus has changed almost everything about the way we live – from schools, to work, to how we spend our free time. NYU Marketing…