Former Obama spokesman Robert Gibbs joins MSNBC’s Ari Melber to discuss new polling that reveals widespread doubt surrounding Trump’s coronavirus claims and the intense scrutiny his press secretary now faces. Gibbs argues the administration is “pulling a fast one” and that none of the basic things the administration should be doing to “get beyond this” is happening “in a building with the most resources of any in this country.” (This interview is from MSNBC’s “The Beat with Ari Melber, a news show covering politics, law and culture airing nightly at 6pm ET on MSNBC. ). Aired on 10/06/2020
» Subscribe to MSNBC:

Fmr. CIA Director Brennan: ‘I Am More Worried Today Than I Ever Have Been Before’ | Deadline | MSNBC 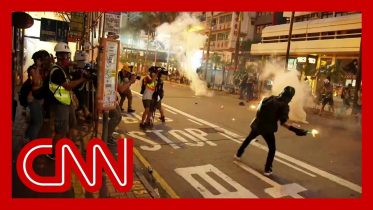 Protesters continue to clash with police for the 17th consecutive week, launching petrol bombs and bricks in clashes ahead of celebrations to mark the…

Don’t Count Elizabeth Warren Out, But ‘Time Is Running Out’ | Morning Joe | MSNBC