First Half Of Trump's Call With Georgia's Republican Secretary Of State

In excerpts from an hourlong phone call, President Donald Trump pushed Georgia Secretary of State Brad Raffensperger to "find" votes to overturn the election results after his loss to President-elect Joe Biden, according to an audio recording of a phone call obtained by CNN and first reported by the Washington Post. The White House declined to comment to CNN. CNN has reached out to Raffensperger.
Astonishing new evidence of a desperate President Donald Trump caught on tape trying to steal the election exposes the depth of his corruption and makes his Republican Capitol Hill allies complicit in his bid to thwart the will of voters.
In a fresh abuse of power, Trump tried to bully a top Georgia GOP official into finding votes to overturn President-elect Joe Biden's win in the state. The staggering telephone call, audio of which was obtained by CNN and first reported by The Washington Post, amounted to the most serious threat yet posed by his authoritarian instincts to American democracy.
Even before the latest outrage, this week already marked a watershed moment for Biden's coming presidency, a ruptured Republican Party and the integrity of the US political system.
A GOP attempt, for example, to block Congress' certification of Biden's win based on lies and false conspiracy theories about fraud on Wednesday has no chance of succeeding because of the Democratic majority in the House and the lack of a majority to overturn the results in the Senate. But it will further convince millions of Trump voters that the election was rigged. Scores of GOP lawmakers plan to choose the vanquished President and his voters over the cherished principles of free elections in a fracturing that will have lasting consequences for the GOP and the nation.

Sen. Harris: Republicans Are Bogging Down Trial By Handing Out Lies That Must Be Corrected | MSNBC 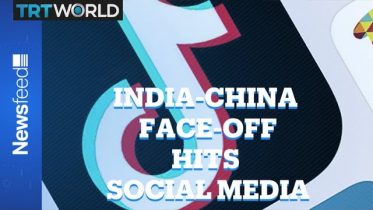 TikTok is the latest victim in the beef between China and India. India has decided to ban a bunch of chinese made apps, TikTok…