Former Rep. Tom Perriello lost his seat in Congress after he voted to pass the Affordable Care Act and President Obama thanked him in his book for having the courage to do the right thing. On the 11th anniversary of the ACA, Tom Perriello tells Lawrence O’Donnell that seeing people’s “lives change for the better” under the ACA is much more important than a second term and says he’s excited to see the Biden White House “draw lessons from the Obamacare fight to go bold.” Aired on 03/23/2021.
» Subscribe to MSNBC:

TX Lt. Gov. ‘Does Not Care’ About Communities Struggling With COVID-19 | The Last Word | MSNBC 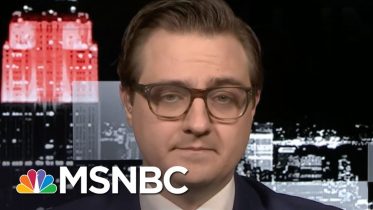 Watch All In With Chris Hayes Highlights: March 31 | MSNBC

Don’t Count Elizabeth Warren Out, But ‘Time Is Running Out’ | Morning Joe | MSNBC

Cooper rips Trump’s daughter-in-law: I wouldn’t usually do this