The highlight of the Mayor’s visit to Dominica will be a ceremony at the North East Comprehensive School.  The North East Comprehensive School is one of the schools that has benefitted directly from the donation of the ten (10) school buses by the Italian City of Milan. Students from the communities of Wesley, Woodfordhill, Carib Territory, Belles and Penville are transported to and from school on a daily basis.  The Government of Dominica is financing the operating costs of the buses as well as the salaries of the drivers and conductors.

At the ceremony there will be remarks by the Minister for Foreign Affairs, Immigration and Labour, Hon. Vince Henderson, Acting Minister for Education, Hon. Ian Pinard and Mayor of Milan                        Ms. Letizia Moratti. There will also be performances by students from the Belles Primary School and the North East Comprehensive School.

The ceremony will end with the symbolic handing over of the buses by Mayor Moratti to the Government of Dominica to be followed by the unveiling of the Expo Milan Logo 2015 by the mayor herself.

The Mayor’s visit will end with a press conference in the Library of the North East Comprehensive School, starting at 1pm.

Ms. Letizia Brichetto Arnaboldi  Moratti has been Mayor of Milan since May, 2006.  She was Minister of Education, University and Scientific Research in the Italian Government of Hon. Silvia Berlusconi from 2001 to 2006. She holds degrees in Political Science and Education and Training Sciences.  Ms. Moratti is one of Europe’s best known Businesswomen, due in large part to her twenty-five (25) years of international activities in finance, insurance, risk management, communications services and the new media. 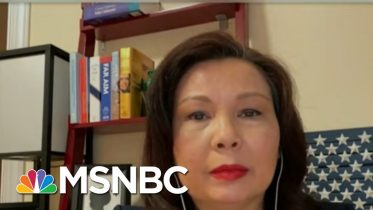 Sen. Duckworth: Military Force Against Peaceful Protesters A ‘Betrayal Of The Troops’ | MSNBC

Cole: ‘Disappointed, but not surprised’ by the Theriault verdict

U.S. Migrant Detention Centers Like A ‘Warzone’ Due To COVID-19 | The 11th Hour | MSNBC