Shopping for Leaders: The price is not always right!

We choose our leaders like we choose our shoes: appearance, price and perception, unfortunately, we don’t always get what we pay for. Mike Levy speaks to John Antonakis, professor of organisational behaviour at the University of Lausanne.

How we choose our leaders – whether in business or politics – should be down to rational choices based on competence, leader-style and the ability to deliver on promises. ‘Should‘ is the key word according to John Antonakis. Much of the evidence shows that this does not always happen and we often elect or select the leaders on other specious factors. Why is this?

“How can we explain that the American electorate voted in a guy like George Bush not once but twice?” asks Antonakis. He also wonders why the business world selects leaders that are simply not up to spiff (Antonakis finds only about 10% of managers to be effective leaders). The answer might surprise you. “The evidence points to a clear bias towards men and women who simply seem to look right for the part.” Looks, in other words, matter more than we imagine.

“We all walk around with a price tag round our shoulders. The same goes for leaders; if one looks the role, one will have a better chance at getting it.”

As Antonakis showed in our last interview, he is the scourge of the unproven model and unattested solution. So how sure is he that leaders are chosen on something as seemingly shallow as the way they look and present themselves? As you might expect from a scientist whose motto is: ‘In nature I trust: everyone else has to present data’, his approach is to draw on the literature and his own empirical research. The literature, it seems, is pretty unequivocal: leaders are often chosen through a ‘beauty contest’ rather than any rigorous analysis of their competence to do the job.

So how does Antonakis support his view that leaders are chosen on looks? In 2009 he published his own research in the August journal, ‘Science’. His study (with his student Olaf Dalgas) was entitled, ‘Predicting Elections: Child’s Play!’ and showed that children (as well as adults) seem ‘hard wired’ to choose leaders based on how competent they look (as opposed to how competent they really are).

The Professor and his student began by asking undergraduate students to rates pairs of faces (from the 2002 French parliamentary run-off elections) on competence, intelligence, and leadership. More than 70% of the participants actually chose the winner, simply on the basis of the photo; that is, the candidate rated as looking more competent, intelligent, and leader-like was the person who actually won the election!

They repeated this experiment by playing a game with groups of Swiss children – the sea journey from Troy to Ithaca – and presented photos of pairs of competing candidates in the 2002 French parliamentary elections. The children were subsequently asked to indicate in each pair, who would be the most competent as captain of the ship. The experiment was repeated with children aged five to 13 years, as well as adults. The results were remarkably similar: the children’s choices mirrored the actual outcome of the French election with just over 70% accuracy. Also, the researchers could not distinguish the children from either group of adults!

The implication (and a rather depressing one) is that real-life voters also based their choice of candidates’ competence on looks. And, there is much scientific evidence showing that individuals cannot, objectively speaking, judge actual competence or personality from photos (though most people think that they are good at it). It only takes a few seconds to classify someone as good or bad, clever or smart; however, notes Antonakis: “Observers are very lousy at doing that effectively”. He adds ironically: “When it comes to elections, save a lot of time and effort, just ask young kids who they like the look of,” (readers interested in this experiment can view John Antonakis’s podcast on iTunes available for download on his website).

Look the part: Get the job

His study mirrors another important piece of just-published research: ‘A corporate beauty contest’ in the National Bureau of Economic Research by Graham, Harvey and Puri. Their paper suggests that there is a strong correlation between subjective evaluations of ‘beauty and competence’ with the wages earned by CEOs. In other words, those CEOs who look competent tend to earn higher wages. The authors cite an earlier study (Zebrowitz and Montepare 2005) which suggests that we judge competence on how mature, as opposed to baby-faced, a CEO looks.

“When it comes to elections, save a lot of time and effort, just ask young kids who they like the look of.”

Their work, says Antonakis, echoes yet another rigorous study which positively correlates lifetime earnings with height – for every inch taller you can expect to earn 800-900 dollars a year more. Forget psychometric tests, CEOs get chosen on how much they look the part.

Antonakis also points to a classic study on selecting female musicians in five leading US symphony orchestras (Goldin and Rouse, The American Economic Review, Sept 2000). The study showed that when selectors could not see who was playing at an audition, the incidence of females being hired increased significantly. Again looks (being a man) rather than competence seem to count and even music experts could not suspend stereotypical judgments (i.e., that men are better musicians) when selectors could see the pretenders, women got the short end of the stick.

You may think then that Antonakis advocates coaches and trainers to simply give grooming lessons to potential leaders but, of course, that is not his point. In fact he is pretty upset that we entrust people to make decisions on our behalf that are clearly not up to the mark (or at least are not the best card in the pack). The way that leaders are chosen is, he says, is part of the wider malaise that afflicts HR specialists as well as the coaching and training industry: “People go on gut feeling rather than using validated psychometric tests.” What he means is that so much of the way in which decisions are taken are akin to a beauty contest – a set of highly subjective judgments that bear little resemblance to the truth.

We saw in the last interview how little regard Antonakis has for unproven models such as certain 360-degree appraisals. “A 1996 meta analysis – a truly big study with over 20,000 observations – was done on the effectiveness of the 360-degree training procedures,” he says. “What the study found was a positive effect in only 48% of interventions. In 38% of interventions, the procedure actually had a negative effect; it did more harm than good. In 14% of interventions, the procedure had no effect whatsoever. So that means what is for the majority of people, hailed as a powerful tool of appraisal ‘does nothing or is actually worse than doing nothing’ if not based on a tested scientific approach.” This is, says Antonakis, a prime example of fooling many of the people much of the time and shows how little regard some training professionals have for evidence-based approaches.

“Observers look for ‘price’ tags when shopping for leaders. They will take what they think is the best product. But once the ‘purchase’ has been made, they will not go back on their decision even if what they bought was bad.”

“Very few consultants can estimate the actual outcome of the tests and procedures they are selling,” claims Antonakis. He likens much of what coaches and trainers have to offer to homeopathy – a scientifically unproven rack of remedies that despite all the very hard evidence to the contrary continues to make big bucks for ‘practitioners’ (Antonakis might prefer the term, ‘peddlers’). The problem is that when someone believes something, it is hard to change their mind. Even in the face of massive contradictory evidence. “They will ‘see’ what they believe and to hell with science,” adds Antonakis.

How does Antonakis explain these odd phenomena? “It is all to do with ‘confirmation bias'”, he says. “Observers first classify social objects based on thin slices of information (e.g., facial competence, height, gender, where one studied, etc.) Once classified, observers ‘attribute’ characteristics to this individual; they will then seek out information to confirm the subjective choices and will ignore contradictory evidence. Once someone has been classified as appropriate for a position, the observer will not change their mind.

“In a way,” he adds, “Observers look for ‘price’ tags when shopping for leaders. They will take what they think is the best product; however, once the ‘purchase’ has been made, they will not go back on their decision even if what they bought was bad. That is, they will do everything to avoid cognitive dissonance.”

Again drawing on a recent scientific study published in the Proceedings of the National Academy of Sciences, Antonakis says there is strong evidence to suggest that the higher the price tag, the more people are convinced that they are buying into real quality. He cites a seminal study on the choice of wine where participants were fooled into drinking the same wine twice (but with a different price tag). They evaluated the same wine as significantly better when it had a higher price! “We all walk around with a price tag round our shoulders,” he concludes. “The same goes for leaders; if one looks the role one will have a better chance at getting it.” The problem, as the evidence shows all too clearly, is that the price may not always be right.

Mike Levy is a freelance journalist and copywriter with 20 years’ experience. He is also a writing and presentations coach. He especially loves playwriting and creating resources for schools. Mike is director of Write Start. For more information go to: www.writestart.co.uk

Be the first to comment on "FW: an interesting article" 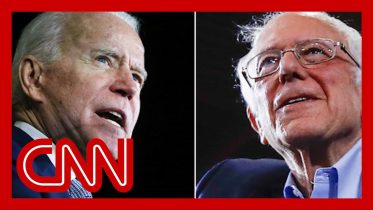 How Democrats award delegates in the 2020 primary

Delegates choose the Democratic party's nominee. CNN political director David Chalian breaks down the process for how each candidate is awarded delegates. #2020 #CNN…

Help pours in for Haiti from CARICOM countries

Panel: ‘You Can Take [McSally] Off List’ Of GOP Who Might Side With Democrats | MTP Daily | MSNBC