Roseau, Dominica – July 28, 2010……….. The Economic and Social Review for Fiscal Year 2009/2010, which was laid on the Table in Parliament on Tuesday, July 13th 2010, Budget Day, reveals the full extent of Government’s spending on the education and training of the people of Dominica.

In the 2009/2010 fiscal year, ten (10) Dominicans were awarded scholarships to pursue degrees in various disciplines at universities across China. Ten (10) scholarships went to Dominicans to study in the Bolivarian Republic of Venezuela, four (4) to Mexico, Four (4) to Russia and Seven (7) to the Republic of Cuba.

In the academic year 2009/2010, five (5) Dominicans were awarded scholarships to pursue medicine at All Saints University, Four (4) to Ross University School of Medicine and Seven(7) to Grambling State University in the United States.

In addition to the full scholarships granted, in 2009/2010, Government made available over $3 million in financial assistance to Dominican students pursuing tertiary level programmes at various institutions locally, on-line and overseas.

Several Dominican students at schools in the United States of America, United Kingdom, Canada and other countries also benefited from the financial assistance programme in the last academic year.

In addition the Ministry of Education and Human Resource Development has established several safety net programmes aimed at assisting less advantaged families to ensure that all students have equal access to a well- balanced and high quality of education.

In the new academic year 2010-2011, Government will continue to invest heavily in education and training. This year will see the implementation the CDB-funded US $4 million Education Enhancement project. Work is also expected to commence this year on a new State-of-the-Art Chinese-funded Dominica State College at an estimated cost of US$15 million. 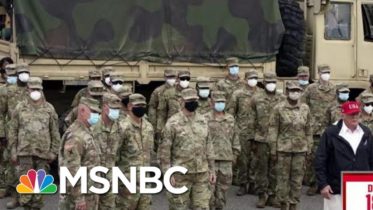 Joe: Military Men And Women Do So Much For Us Every Day | Morning Joe | MSNBC

Joe Scarborough reacts to Jeffrey Goldberg's Atlantic reporting on the president's remarks about the U.S. Military. Scarborough says that service members are respected and…

What are the warning signs of a recession?

REPORTS ABOUT MANY GRENADIAN DEATHS IN NY