Roseau, Dominica – March 14, 2008……. The Government of Prime Minister, Hon. Roosevelt Skerrit is yet again demonstrating its commitment to the Carib people with the signing of contracts for the construction of forty-one (41) houses in the Carib Territory.

On Monday, March 3, 2008, Government signed contracts with six contractors to build forty-one houses on six sites in the Carib Territory. Total cost of construction of the houses is $3.2 million ECD.

In his remarks at the signing ceremony, Prime Minister and Minister for Finance, Hon. Roosevelt Skerrit said he would leave “no stone unturned in creating and fetching the opportunities to improve the lives of the Carib people”.

The Prime Minister stated that his government is working very hard on an initiative that would allow public officers from the Carib Territory to obtain loans at the Government Housing Loans Board at an interest rate of 4%, a facility that has already benefited some fifty Dominicans.

In his address, Minister for Carib Affairs and Parliamentary Representative for the Salybia constituency, Hon. Kelly Graneau told the over 300 people present that his government was delivering on promises made to the people of the Carib Territory.

Mention was made of the commencement of preliminary works on the new Salybia Primary School, the dozens of Kalinago children on university scholarships in Venezuela, China, University of the West Indies, the United States and elsewhere and the start of preliminary work on the Sineku playing field.

Hon. Kelly Graneau, who made history in the Carib Territory in the 2005 General Elections by becoming the first person to win the Salybia constituency on two consecutive occasions reminded his constituents that government has been addressing the housing situation in the Territory since 2001.

The construction of forty-one houses at this time is in addition to four new houses which are now being built for four families whose houses are on the site of the proposed Salybia Primary School.

In addition, seventy-six houses in the Territory have been renovated under the Government’s Home Repair and Sanitation Programme.

In 1998 a report from the Caribbean Development Bank revealed that 75% of the houses in the Territory were in poor condition and should be replaced.

In addition to the Housing Revolution, the Carib Territory looks set to benefit from a CDB-funded Carib Territory Community Capacity Building Project at a cost of $8.4 million ECD. This project is intended to build capacity in the Territory, rehabilitate roads, construct resource centres, and promote enterprise development, among other projects

The Government of Venezuela is providing the  financial resources for  home construction and repairs in the  Carib Territory as well as the construction of the   new Salybia Primary School.

The Territory is also benefiting from the rehabilitation of the Carib Territory/Atkinson water supply system. The cost of the project is over $3 million.

In addition to the massive cash injection by the Government of Venezuela in Dominica’s housing sector, the Chinese Government has given a commitment to build eighty (80) houses in the Carib Territory with an amount of $3.5 million set aside for that project.

Also in attendance at the signing ceremony were Minister for Economic Development and Urban Renewal, Hon. Julius Timothy, Carib Chief, Mr. Charles Williams, other members of Cabinet as well as hundreds of residents from  the Carib Territory. 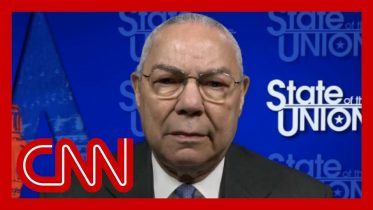 Colin Powell: President Trump has drifted away from the Constitution