ST GEORGE’s, Grenada, Friday December 30, 2011 – The attorney representing the wife of a Grenadian-born Canadian who died Tuesday, hours after being beaten allegedly by police officers, has demanded that an investigator be brought in from another jurisdiction to ensure that an independent probe is conducted into the matter.

Derick Sylvester said the investigation into the circumstances leading to the death of the 39-year-old Oscar Bartholomew should be “unbiased, clear and open”.

“We’re concerned that to date, no one has been detained and or arrested in relation to this matter,” he told a media conference yesterday.

The attorney said the post mortem determined Bartholomew died as a result of trauma to the head, and had multiple skull fractures and a brain haemorrhage.

Police Commissioner, Wilan Thompson, said the officer in charge of the police station in the eastern parish of St. David where the incident reportedly occurred has been replaced, while two others are assisting with the investigation.

“To date, all the officers who were present at the station at the time of the incident have had a preliminary interview. Reports have also been submitted by the officers,” he said.

“Further, some officers at the station will be reassigned to other areas so as to allow the investigation to proceed quickly and unimpeded.”

But Sylvester said authorities should seek outside assistance “to ensure that it (the investigation) is fair because justice is all about perception. You can’t have the cat watching the cheese…”

He said there appeared to be a “breeding of police brutality in the country” with numerous lawsuits filed against law enforcement officers over the last 10 years.

On Wednesday, Prime Minister Tillman Thomas visited the family of the deceased and expressed sorrow at the incident.

He said the Attorney General’s Chambers has been asked to assist with the investigation.

“I have directed the respective government departments and agencies, including the Attorney General’s Chambers, to provide the support necessary for the full and unimpeded investigation of this occurrence,” Thomas stated.

Bartholomew died at hospital, a day after he was arrested for assaulting an officer.

This followed an incident in which he reportedly hugged a plainclothes female police officer whom he mistook for an old friend. 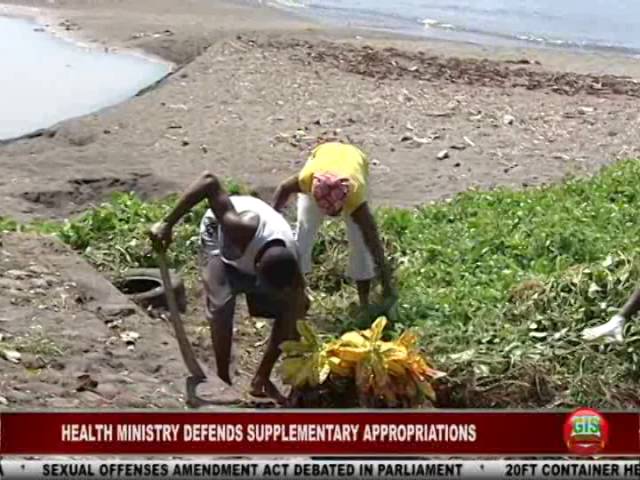 John Legend Performs ‘All Of Me’ | MSNBC