Roseau, Dominica–February 24, 2010…… The bilateral relationship between Dominica and China, which has been growing steadily and smoothly for nearly six years, will be taken to the next level on Friday with the ground breaking ceremony for the Roseau–Portsmouth Road Rehabilitation project.

The ceremony, which will take place on the Pottersville Basketball Court beginning at 10 am on Friday, February 26th 2010, will be attended by the President of Dominica, His Excellency, Dr. Nicholas Liverpool, the Prime Minister, Hon. Roosevelt Skerrit and other Members of Cabinet, the Chinese Ambassador to Dominica, His Excellency Deng Boqing, the General Manager of the China Railway 17 Bureau Group Co Ltd, Mr. Wu Wanliang as well as scores of other guests and the general public.

The Roseau to Portsmouth Road Rehabilitation project is expected to commence with the construction of a new bridge at the northern end of Hanover Street across the western end of the Roseau River, along Elliot Avenue, with the road continuing through several coastal villages and terminating at Burroughs Square in Portsmouth.

The project is the largest single road project ever to be undertaken in Dominica and is expected to cost in excess of $100 million ECD, financed through grant funding from the Chinese government. It is anticipated the project will take about twenty-three (23) months to complete.

This project is expected to have a significant impact on the Dominican economy. A significant amount of the materials to be used on the project will be procured locally. Several Dominicans are also expected to find employment during the duration of the project.

The Roseau to Portsmouth Road Rehabilitation project is one of the four pillar projects agreed to between the Governments of China and Dominica when the two countries established diplomatic relations on March 23, 2004. 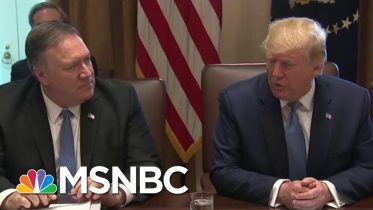 Chris Matthews: Will Congress Do ‘Its Duty Under The Constitution?’ | Hardball | MSNBC