Fellow Citizens and Residents of Antigua and Barbuda

This past week marked six years since our nation has suffered under the mismanagement of the UPP regime.

It has been six wasted years.

Six years during which we moved from being a low tax nation to being burdened with the highest tax of many Caribbean countries.

Six years during which the cost of living has spiralled bringing hardship to a large majority in our nation.

Six years in which unemployment has soared from 5% to 18%.

Six years in which the economy has declined to the virtual standstill it experiences today.

Six years in which the national debt has increased by over two billion dollars with nothing to show for it except failed projects such as an unfinished and abandoned car park and very expensive roads, fences and sidewalks that are collapsing more every day.

Six years in which violent crime – practically unheard of before – has now become common place and small businesses are attacked in broad daylight.

Six years ago, Antigua and Barbuda had the lowest unemployment in CARICOM; it had the second highest per capita income; investment was flowing into the country and jobs were being created; the country had survived six hurricanes in five years between 1995 and 2000; we had prevailed over the effects of 9/11 and the SARS epidemic on our tourism industry; and we had overcome the global financial meltdown of the 1990’s.

We had also won our case in the World Trade Organisation (the WTO) against the United States over Internet Gaming, and we had successfully kept our country’s name off the lists of uncooperative jurisdictions put out by the FATF and OECD.

The UPP wasted the last six years in which they should have built upon the solid foundation the Labour Party gave them.

Instead, they squandered it, and Antigua and Barbuda is where it is today…  our economy is in deep recession; our national debt is higher than it has ever been; investment had dried-up altogether; unemployment is at an all time high; there is widespread begging in our streets; poverty is increasing and crime is galloping.

It was with some astonishment that the Labour Party saw a report from Dominica a few days ago that Baldwin Spencer asked the President of the World Bank, Robert Zoelick, to intervene with the United States government in relation to the Internet Gaming case at the WTO.

We were astonished by Spencer’s request to Mr Zoelick because this same Mr Zoelick was the United States Trade Representative when the Labour Party government won the case at the WTO in March 2004.

At that time, Mr Zoelick described Antigua and Barbuda’s victory as “outrageous” and swore to fight it at all costs.

Is Mr Spencer so poorly informed – or does he so poorly inform himself – that he does not know that Zoellick was the US Trade Representative who said our small nation’s victory was “outrageous”?

The truth is that the UPP regime has mishandled our nation’s relationship with the US government throughout the last six years.

It is amazing that the WTO victory which the Labour Party gave them on a platter the day they assumed office six years ago is still not resolved.

Indeed, the UPP has, by its many actions, sought to antagonise and alienate the US government despite the many ties our people have with that country.

The Labour Party will repair that important relationship once we return to office.  On the basis of mutual respect and neighbourly cooperation that we always upheld with the US in furtherance of our joint interest, we will rectify this major foreign policy blunder of the UPP regime.

We believe – and know from years of experience – that with mature approaches it is possible to enjoy good relations with many countries – even if they have differences among themselves.

In giving his report to the country on the six years of UPP misrule, Mr Spencer quoted many fanciful figures including one that $715 million were invested here between 2004 and 2008.

Winston Churchill, the legendary former Prime Minister of Britain, famously declared, “Lies, damn lies, and statistics”, to demonstrate how figures were manipulated to deceive people.   Such is the case with Mr Spencer’s figures as with his false promises on no personal income tax and no government sales tax.  They are lies, damn lies and statistics.

The vast majority of that money that he claims to be “investments” is actually money that the UPP has borrowed and hung around our nation’s neck like an albatross without delivering one sustainable project or one sustainable job.

If all of that money had indeed been invested in the economy, where are the jobs?  Why is unemployment so high?  Why has government revenue declined?  Why are services so poor?  Why is the economy dead and the cost of living high?

Mr Spencer also told the nation this week that the further austerity and hardship programme that the UPP will inflict upon the people of this country shortly is the UPP’s programme.  He says that the IMF only has “to approve it”.

So, now we know that it is the UPP that is solely responsible for the harsh measures that are coming.

This is the same UPP that has wasted the last six years, except to run our economy into the ground.

The UPP has failed Antigua and Barbuda for six long years.  Enough is enough.

It is time that we redeem our country from this government, and set it again on the road to progress and prosperity with investment, employment and economic buoyancy.  The Labour Party is ready to work with the country to do just that.

Once again I thank you for listening and I pray God’s guidance for us all.

Be the first to comment on "Hon. Lester B. Bird Broadcast for March 14th" 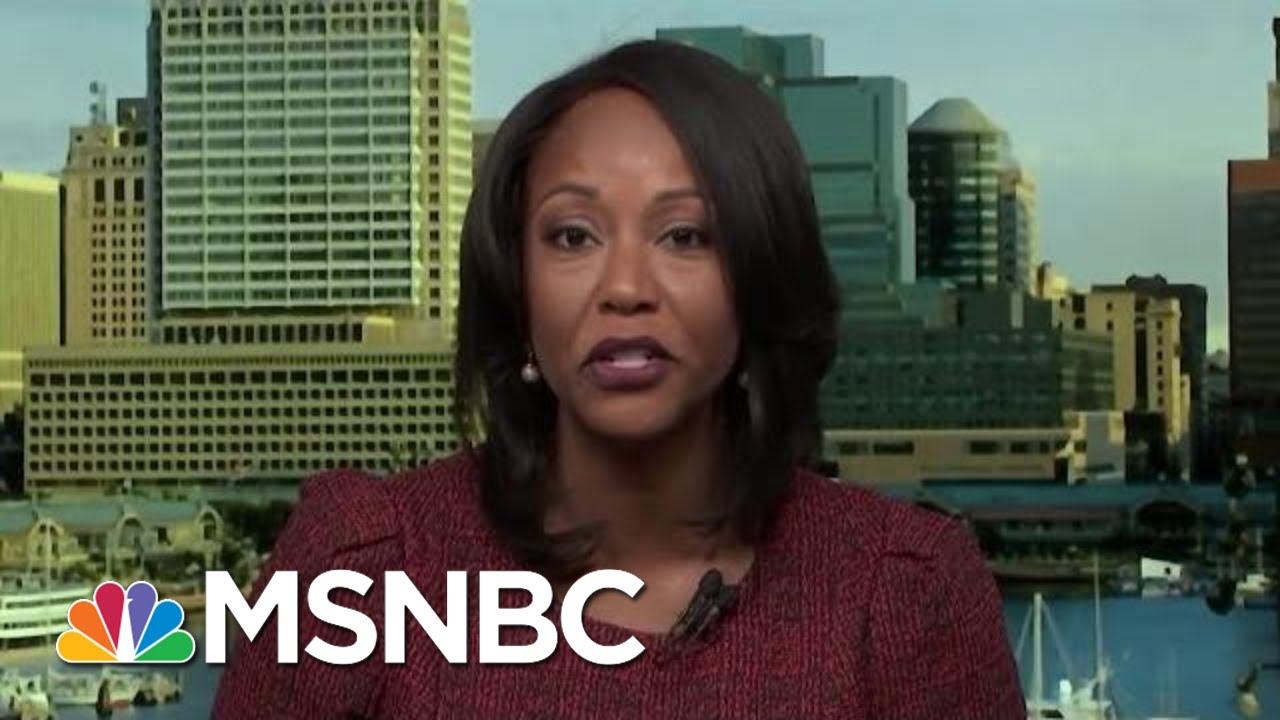 Maya Rockeymoore Cummings, the wife of Rep. Elijah Cummings, joins Morning Joe to discuss her run for the seat occupied by her husband, the…