Roseau, Dominica– March 3, 2010…… The performance of the Agricultural Industrial and Development Bank of Dominica (AID Bank) was commended by Hon. Reginald Austrie in his address at the 17th Annual General Meeting of the institution, held in Roseau recently.

Speaking on behalf of Prime Minister, Hon. Roosevelt Skerrit, Hon. Reginald Austrie stated that any financial institution that has survived the global financial crisis should be commended.

“You have shown that not only have you survived the crisis, but you have done reasonably well in the circumstances,” the then Acting Prime Minister said.

Hon. Austrie also highlighted some of the bank’s achievements in the last year. These include:

The Minister also noted the other initiatives taken by the bank to enhance and improve its performance. Most notable, the Minister added, was the finalisation of the strategic and operational plan which outlines the mission, goals, objectives and strategy for making the bank more meaningful and relevant to the needs of the citizens of Dominica.

Hon. Austrie reiterated that the Government of Dominica supports the programmes that are being implemented by the Bank. He also indicated that Government recently gave approval for the guarantee of a line of credit from the Caribbean Development Bank and the BANDES Bank of Venezuela.

“ It is our expectation that these facilities will assist the Bank in meeting its objectives of providing affordable financing  to various sectors in the economy,’’ Hon. Austrie stated.

Be the first to comment on "Hon. Reginald Austrie commends AID Bank for its performance despite global financial crisis" 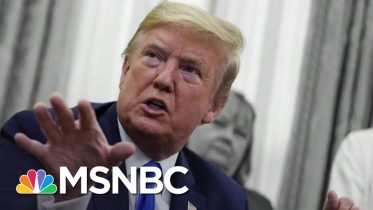 Carville: Dems Don’t Need To Just Win, They Must End The Scourge Of Trumpism | The 11th Hour | MSNBC

Immunologist: We are clearly at the brink of a pandemic