President Trump now faces a growing push for his second impeachment, Democrats drafting the articles to formally accuse him of abusing his power to incite the insurrection witnessed at Capitol Hill. MSNBC’s Chief Legal Correspondent Ari Melber explains how this is the swiftest push for impeachment ever in American history, and reports on the latest arrests relating to the riot. (This interview is from MSNBC’s “The Beat with Ari Melber, a news show covering politics, law and culture airing nightly at 6pm ET on MSNBC. ). Aired on 1/8/2021.
» Subscribe to MSNBC:

B.C. RCMP accused of being tone-deaf after social media post 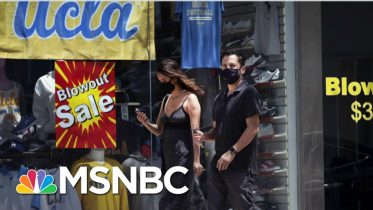 Police criticized as tensions over lobster fishing in N.S. escalates

Trump vs Biden: Who won the final presidential debate?