How Would Police Respond If Black Lives Matter Stormed The Capitol? | The 11th Hour | MSNBC

The pro-Trump mob that stormed the Capitol was almost entirely white. Brittany Packnett Cunningham explains how she thinks law enforcement would have reacted if the protesters were people of color. Aired on 1/7/2021.
» Subscribe to MSNBC:

How Would Police Respond If Black Lives Matter Stormed The Capitol? | The 11th Hour | MSNBC

How Can Joe Biden Unite An Opposition That Appears Committed To Contesting A Free And Fair Election?

85 Comments on "How Would Police Respond If Black Lives Matter Stormed The Capitol? | The 11th Hour | MSNBC" 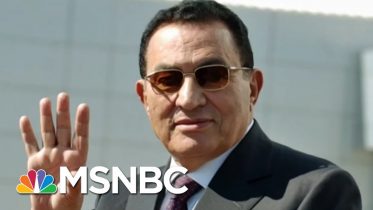 Hosni Mubarak, Egypt's former president who ruled the country from 1981 until the revolution of 2011, has died at the aged of 91, the…

Reinforced security in Washington ahead of inauguration

Rep. Denny Heck On Russian Interference In The 2020 Election | All In | MSNBC