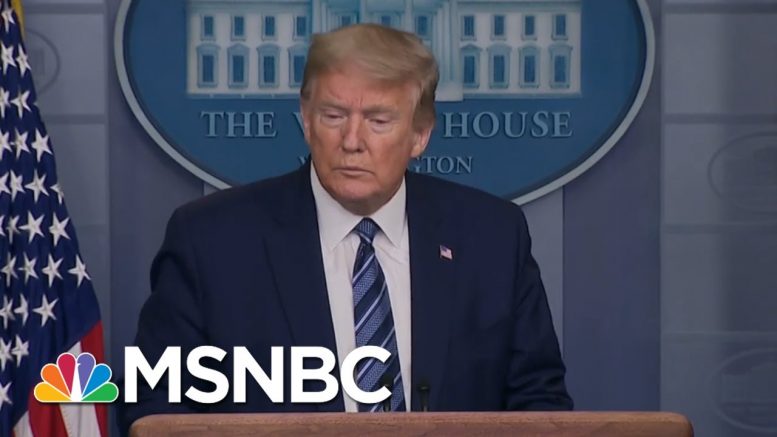 During a coronavirus press briefing, President Trump was pressed by reporters on a study showing higher death rates in patients taking hydroxychloroquine hyped by Trump in multiple press conferences. In a new interview with MSNBC’s Ari Melber, veteran strategist and former Republican Steve Schmidt argues it is “outrageous” of Trump to give out “opinions on medication to take with regard to a virus that's a novel coronavirus.” Schmidt compares Trump’s behavior to Jude Law’s character on the movie “Contagion,” likening him to a “huckster,” trying to sell a medicine “to people who are dealing with the disease in the fictionalized movie.” (This interview is from MSNBC’s “The Beat with Ari Melber,” a news show covering politics, law and culture airing nightly at 6pm ET on MSNBC. ). Aired on 4/21/2020.
» Subscribe to MSNBC:

Trump threatens to cut funding of schools that don’t reopen