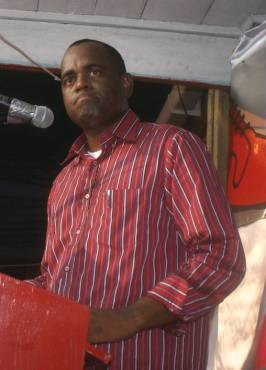 “We can become net exporter of talent and services”

“I have a vision of Dominica as boasting near 100 percent employment. With the multi-faceted economic formula that I have outlined for this country, I see no reason why in three to four year’s time, every able bodied person that wants to work, cannot find a source of employment,” Prime Minister Skerrit stated.

The Prime Minister stated with confidence that Dominica could emerge from the shadow of its neighbours in the Caribbean.

“I believe there are areas in which Dominica can lead and show others in the Caribbean how things ought to be done. I believe we can forge to the top of the field in the world of academia…. Our young people whom we have given opportunities to access tertiary level education have, for the most part done us proud. We can lead the Caribbean in producing eminent scholars…. I honestly believe that Dominica can become a leader in the field of academia and produce a much larger percentage of the intellectual talent that this region so badly requires.”

The Prime Minister stated that the record investments by his Government over the past several years in education have been designed not only to fulfil local needs but also the OECS and wider CARICOM region.

Hon. Skerrit highlighted the fact that Dominican nurses are in great demand especially in the sister island of Barbados.

“I believe our farmers, tradesmen, artistes, nurses, teachers and other professionals can all light a path and show the way for others in this Caribbean and the wider world. We can become a net exporter of talent and services. We can and we must reach the stage where talent scouts can come to this country and recruit our people for high profile and high paying jobs abroad.”

In his address the Prime Minister frequently spoke of his innate confidence in the people of Dominica to take Dominica to the next level in its development.

“My thesis this evening, Ladies and Gentlemen, is that I believe very much in the capacity of our people to lift this country up and onward to the next level of its development. I believe in our people and I am committed to creating the enabling environment for them to exploit and realise their full potential. My preoccupation tonight and for the foreseeable future is to guide this country through the current economic decline and onto the pathway to progress,” Prime Minister Skerrit concluded.

With the Roosevelt Skerrit administration well into the final year of its second term in office, Dominicans can expect to learn more of the Labour Party’s future plans at public meetings and rallies in the weeks and months ahead.

Be the first to comment on "“I HAVE A VISION OF DOMINICA AS BOASTING NEAR 100% EMPLOYMENT,” SAYS PRIME MINISTER SKERRIT" 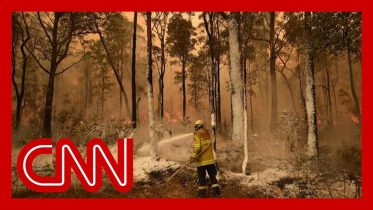 Australians urged to evacuate as fires show no sign of stopping

Thousands of residents and tourists are fleeing Australia's southeast coast as deadly wildfires spread and the death toll continues to rise. Evacuations are underway…

NASA astronauts in SpaceX capsule make splashdown for the first time in 45 years.

Man In His 20s Tests Positive For Coronavirus In Boston | MSNBC