WASHINGTON, CMC – The International Monetary Fund (IMF) says while Dominica has managed the recent economic crisis well, its recovery has been lacklustre and growth prospects “remain weak”, and hinted it was “standing ready” to get more involved in the country’s balance of payments if needed.

In a statement released after wrapping its latest round of talks, the international financial institution said the fiscal stimulus during the crisis helped the country avoid a deep recession.

But it said “tepid demand” in developed countries, Dominica’s main tourist source, weak competitiveness and lack of clear growth drivers have led to a slow recovery that will “constrain future growth.

“While appropriately supportive during the crisis, fiscal policies need to be returned to a sounder footing to correct the weakening fiscal position,” the IMF said after completing its 2011 Article IV consultation with the government in Roseau.

The IMF supported the authorities’ plan to start withdrawing the fiscal stimulus this year but urged the government to come up with new plans to reign in the country’s deficit to a target of 0.6 per cent of GDP (Gross Domestic Product) for FY (fiscal year) 2011.

“Given weakening revenues, (the IMF teams) believes that achieving the authorities’ target will necessitate additional fiscal measures beyond those envisaged in the budget,” the statement said.

The Washington-based multilateral lending agency suggested that brighter prospects for the Dominican economy lay in “wide-ranging structural reforms”, through increasing the island’s attractiveness to private investors and a reformed regulatory environment.

“The upcoming review of the government’s medium-term Growth and Social Protection Strategy will provide a good opportunity to articulate a strong strategy of dealing with existing obstacles to growth,” the statement said, adding that increased engagement with the Fund may be useful.

But while Dominica does not face an immediate financing need, the island faced shrinking room to manoeuvre around economic and natural disaster shocks and a need for policy correction suggesting a role for the Fund, the IMF said.

It said it “stands ready to engage should the authorities deem appropriate.”

The mission also urged the Roosevelt Skerrit administration to curb growing public spending, “as this reduces space for investment critical for future growth and makes further fiscal corrections more difficult in light of the likely permanent nature of the spending increase”.

The IMF said the adjustment effort will need to continue over the next few years, as debt levels remain “uncomfortably high” and current policies do not provide sufficient assurances that debt would remain on a downward path, “given the country’s exposure to external and natural disaster shocks.”

The mission also urged the Skerrit administration to have “a clear plan” for reaching the goal of having surplus in its coffers worth 2.4 per cent of GDP in two years.

“This long-standing fiscal objective has served the authorities well in the past, and achieving it will help put the public debt back on its downward path, preserve the hard-earned confidence in the country’s fiscal management, and improve its ability to cope with future shocks,” it said.

The IMF recommended that the focus be on “reining in current spending, safeguarding revenues, and ensuring sustainability of the adjustment efforts through structural reforms.”

It said achievement of this year’s fiscal targets will be an “essential stepping stone and will boost fiscal policy credibility.

“Increased vigilance is needed to safeguard against financial stability risks,” the IMF teams said, stating that impaired investments in failed insurance companies and other regional institutions are creating solvency and potential liquidity pressures.

The IMF described the authorities’ efforts to improve the regulation and supervision of non-bank institutions as “commendable,” but pointed out the need for fresh efforts to identify and counteract sources of risks in the financial system.

These include strengthened monitoring of credit unions, stricter enforcement of the newly-legislated provisioning and capital requirements, and improved information-sharing arrangements with the Eastern Caribbean Central Bank, the bank supervisor, “to allow the authorities to monitor risks in the banking system,” the IMF said.

Be the first to comment on "IMF says growth prospects remain weak, on ‘standby’" 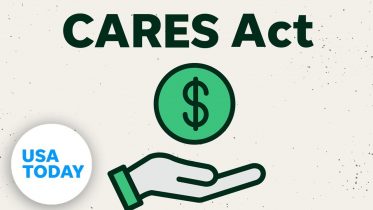 CARES Act stimulus check, how much could you receive | USA TODAY

Congress passed and President Trump signed a $2 trillion stimulus bill that includes checks to taxpayers. RELATED: How panic buying manifests, and how to…