“Although it is not our practice to comment on matters pending in court, we feel constrained on this occasion to respond to remarks made by Senior Counsel acting for Messrs Roosevelt Skerritt and Peter Saint Jean.

In the first place, the applications which we have made to the court and which now stand adjourned to March 10th and 11th, are for orders, among others, requiring Messrs Skerritt and Saint Jean to disclose their French passports. We had previously written to them asking that they voluntarily disclose their passports but they have refused and/or failed to do so. It is important to note that they have not said that they do not have passports, which would have been so easy for them to say if in fact that were true. They have simply not answered the question. It is accordingly necessary to get a court order requiring them to do so. But they are vociferously resisting the application.

Secondly, the reason why it was necessary to seek an adjournment of the last hearing was because Mr Astaphan’s bundle of cases, which was more 300 pages in length, was only filed on Wednesday19th January 2011, when it was supposed to have been filed on Monday the 17th January, and Senior Counsel from Trinidad was only able to begin reading the bundle on

Thursday evening, (the day before the hearing) when he arrived in Dominica.

Further Mr. Astaphan filed another bundle of cases, some 100 pages in length on Thursday for the hearing the next day. It was clearly humanly impossible for anyone to accomplish that task in such a short space of time in order to present the Petitioners’ case with any efficiency, effectiveness and professionalism. Mr Astaphan in his press statements acknowledges that his documents were filed late but he takes no responsibility for the adjournment which became necessary as a result.

Thirdly, although Mr Astaphan did tell the court that he did not consent to the adjournment because he did not want to be accused of delaying the hearing, neither did he object to the adjournment. More importantly, at no time did he express frustration on his own part or on the part of the Prime Minister, either in public or in private, that the matter had to be adjourned.

It was therefore with great surprise that we learnt of his frustration. If he was frustrated he kept it to himself.

We wish to make it clear that we did not complain to the court, and we do not now complain, about the late filing of Mr Astaphan’s cases. That happens in the best of regulated litigation. It is a hazard of the profession. We only mention it now because we are forced to do so.

We are also now forced to point out, although again we do not make any complaint, that the case was adjourned to March 10th and 11th because Mr Astaphan was not available for the entire month of February and not until after March 7th. We are fully satisfied that Mr Astaphan’s is not available for that period for a very good and unimpeachable reason.

We regret that it has become necessary to comment on what happened in court on the last occasion contrary to our standing practice, but Mr Astaphan’s comments have embarrassed us in the eyes of our clients and accordingly we thought it necessary to respond. We sincerely hope that this is the last time we will feel constrained to do so.”

Be the first to comment on "In Response To Mr. Astaphan’s statement On DBS News" 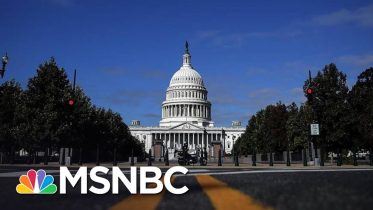 REUNION AT THE CROSS SET FOR MORNE BRUCE ON SUNDAY