As we embark on another leg of the journey to mark 32 years of Independence, I bring you Dominicans in the United Kingdom greetings and very best wishes from the Government and People of Dominica. We can send you this message in the certain knowledge that you continue to carry Dominica in your hearts wherever you find yourselves in the UK. We have very happy and pleasant memories of the significant contributions that you have made over the years to the welfare and progress of our people both at home and in the UK.

I want to state that we can never ever forget the way you rallied to our cause in the aftermath of Hurricane David.  There are other occasions also when either through the overseas National Association and other individuals or groups you have promptly responded to our call for assistance in so many different forms. The Nation has placed this on its records and in fact has sought to honour and reward your efforts.

We wish to recall as well the response you have made during the observance of our Reunion 2008. Many of you came in large numbers and visited with us. Others made their contribution by identifying with the various activities that were planned during 2008.

We want you to know that it is very comforting to be aware of the fact that we have in the United Kingdom, our citizens who are ever willing and ready to respond to the call that we make from time to time, to join with us in marking and celebrating the advent of nationhood. Not only that, but you are constantly on the alert, to determine what our needs are, and to craft responses to emergencies that occur from time to time. We know that you keep abreast of developments in Dominica.

Consequently, you will be well aware of some of the happenings at home which are worthy of your attention. But there is a specific milestone that we were able to reach recently that deserves special mention. I refer of course to the ground breaking event that took place on Monday 20th, September 2010. On that historic date night landing began in Dominica. It will be of particular significance to you to be aware of this epoch making event.

As we embark on this 32nd Anniversary of our Independence I bring to your attention the theme for our Anniversary “Creating Opportunities, Empowering Communities”. Let us be conscious of this theme as we pledge ourselves to work together for the advancement of our beloved country.

May God continue to abundantly bless our nation and to let his face shine on you, the overseas nationals, in your quest to improve your lives and that of your fellow Dominicans. 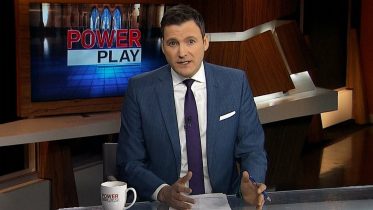 Evan Solomon welcomes viewers to Power Play as he takes over as the host of the program from Don Martin. Subscribe to CTV News…

GOP Lawmakers Exposed To Coronavirus At Conservative Conference | All In | MSNBC