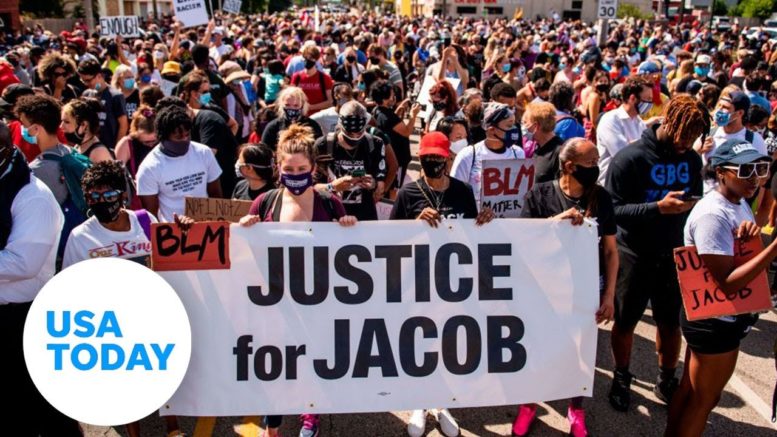 President Donald Trump is not planning to meet with the family of Jacob Blake, a Black man who was shot multiple times in the back by a police officer in Kenosha, Wisconsin, when he travels there Tuesday, the White House said.

Trump will travel to Kenosha, amid heightened protests over racial injustice and police brutality, to meet with "local enforcement, some business owners and he'll survey the damage," White House Press Secretary Kayleigh McEnany told reporters Monday. She added that a detailed scheduled would be released later in the day.

The president told reporters at a press conference Monday evening that he was not planning to meet with the family because they wanted to involve lawyers.

"I thought it would be better not to do anything where there are lawyers involved," Mr Trump said. "They wanted me to speak but they wanted to have lawyers involved and I thought that was inappropriate so I didn't do that."
» Subscribe to USA TODAY:
» Watch more on this and other topics from USA TODAY:
» USA TODAY delivers current local and national news, sports, entertainment, finance, technology, and more through award-winning journalism, photos, videos and VR.

Cornel West: The Future Of America Depends On How We Respond | The 11th Hour | MSNBC

Can a woman win the presidency? Bernie Sanders answers on the debate stage | USA TODAY

Bernie Sanders on USPS: Donald Trump is crazy, not stupid