ROSEAU, Dominica, CMC – Jamaica reggae artiste Jah Cure said he still loves Dominica even though thieves broke into his hotel room and took away his Rolex watch and a chain.

“It was unconditional disappointment, not unconditional love for me,” the artiste said on a radio station here on Monday. He told the listeners that the stolen items were “in my bag in the hotel room
and it was supposed to be safe”.

The singer gave no indication as to the value of the stolen items, but said his room had been entered by someone using a master key while his entire entourage was on stage.

“It had to be somebody that work here. It’s very unfortunate. It is something that has never happened before,” Jah Cure said, adding “I still love Dominica and I will return here”.

He urged listeners to help the police in the investigations. Police said they had questioned several individuals at the hotel.

The Jamaican reggae singer was one of the headline performers on the last day of the 14th World Creole Music Festival at the Windsor Park Stadium on Sunday. 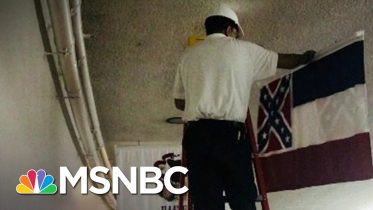 The NBC News Capitol Hill team was there when the retired Mississippi state flag, including an old Confederate symbol, was taken down today on…