Joe Biden Has Won The U.S. Election After Record Turnout: The Associated Press

Biden won both the electoral college and the popular vote, and is the first presidential candidate in history to surpass 70 million votes.

‘Let’s Feel The Bern’: Cardi B Sits Down With Bernie Sanders | The Beat With Ari Melber | MSNBC

Ben: ‘We’re Paying A Price For The Gutting Of The Voting Rights Act’ | Andrea Mitchell | MSNBC

72 Comments on "Joe Biden has won the U.S. election after record turnout: The Associated Press" 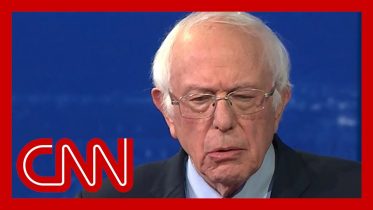 During a CNN town hall in Nevada, Sen. Bernie Sanders (I-VT) refused to answer if he would accept financial support from Michael Bloomberg, should…