Joe Biden has announced California senator Kamala Harris is his running mate; it’s a move that puts a woman of color on the presidential ticket for the first time. Biden announced Harris through a text to supporters. He also tweeted a short announcement saying quote “I have the great honor to announce that iI picked Kamala Harris a fearless fighter for the little guy and one of the country’s finest public servants as my running mate,” he wrote.

55-year-old Harris was elected to the senate in 2016 after serving as California’s Attorney General. Harris competed against Biden for the Democratic presidential nomination but left the race before voting began as she struggled to raise money.

Watch the video and get the full story. 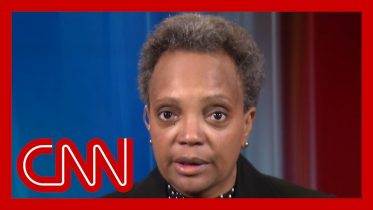 Chicago Mayor Lori Lightfoot explains some of the techniques and technology used by the city to significantly reduce violent crime. #CNN #News

Mara Gay: America Is At ‘A Very Scary Moment’ In Its History | The 11th Hour | MSNBC

‘It looks like we’re heading to war’: analyst on Qassem Soleimani’s death