Reacting to the uncertainty surrounding the president being hospitalized for Covid-19, presidential historian and author Jon Meacham explains why he believes American finds itself in a 'moment of reckoning.' Aired on 10/02/2020.
» Subscribe to MSNBC:

Jon Meacham: We're In A Reckoning Caused By Distrust And Disease | The 11th Hour | MSNBC

65 Comments on "Jon Meacham: We’re In A Reckoning Caused By Distrust And Disease | The 11th Hour | MSNBC" 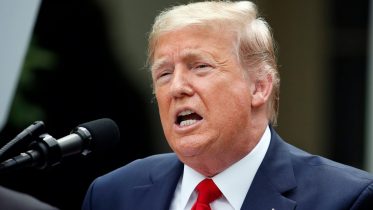 Trump cuts all ties with WHO, continues to blast China for COVID-19 response and Hong Kong laws

Tim O’Brien: Trump Is ‘Getting Squeezed On His Ability To Make Money, He’s Gorged On Debt’ | MSNBC

Coronavirus deaths in US top 3,000

‘Symbolic Moment’ For Iran, Supreme Leader Wants World To Know It Fought Back | All In | MSNBC